With the breaking news that Marriott could be fined approximately $124M for its Starwood data breach, many are wondering if the fine is too high, too low or perhaps just right. HT talked with a variety of industry experts to get their opinion and found their responses to be a fairly mixed bag.

To begin with, the ICO said in its statement regarding its intent to fine Marriott that a variety of personal data contained in approximately 339 million guest records globally were exposed by the incident, of which around 30 million related to residents of 31 countries in the European Economic Area (EEA). Seven million related to UK residents. Since the ICO only has the power to issue fines based on EU residents, the fine should be connected only to the 30 million guest records that were affected.

According to Justin Fox, director, devops engineering at NuData Security, a Mastercard Company, this fine is on par with the purchasing rate for exposed records online. Marriott is being penalized approximately $0.31 per guest record while the going rate among cybercriminals for account credentials ranges from $0.20 to $15.

"If there could be such a thing as a 'Goldilocks' amount for fines, the values both Marriott and British Airways were hit with this week would be close," he notes. "The fines are large enough for the attention-getting headlines that the regulators likely wanted, yet small enough when compared to the size of the respective organizations to not cripple the business or threaten jobs. This could have been much worse as under GDPR (and depending upon which Articles were violated), up to 2% or 4% of 'global turnover' or revenue could be levied as a fine. In Marriott's case, this could have been around $800M at the high-end."

As it stands, the fine represents approximately 1.5% of Marriott's global revenue.

Others, however, feel the fine could and perhaps should have been higher.

Kutak Rock attorney Jon Breyer agrees noting that these fines will become the measuring stick for how future fines are imposed on companies based on similar misconduct.

"In that light, these fines appear to set a relatively low bar for the ICO to issue sizable fines," he adds.

While the debate over the size of the fine will likely continue for some time, what is clear is that the ICO is doing its best to draw a line in the sand.

"The scale of both Marriott and British Airways fines can leave no doubt in anyone’s mind that we’re now operating under very different standards than when the Data Protection Act was enforced," says Tony Pepper, CEO of Egress Software. "Fines of this scale have never been seen in the UK before and for them to be issued to such big organizations send a clear message to the wider industry."

"The fines announced by the ICO on both Marriott and earlier this week on British Airways are indicative of how seriously the regulators are taking data protection – in these cases, obligation to keep the information secure. But the EU regulators have also initiated actions against companies for various other GDPR violations (not just breaches), so this is part of a larger pattern of increasing enforcement by the regulators." 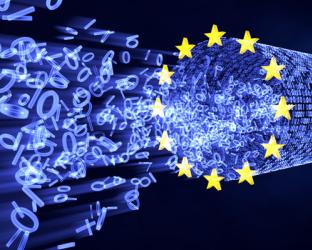 The UK's ICO says it intends to levy a £99M ($124M) fine on Marriott for its Starwood data breach affecting 30M EU residents. 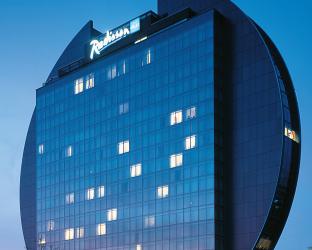