The Outer Banks are barrier islands off the coast of North Carolina, separating the Atlantic Ocean from the mainland. What makes them unique, however, is that 60% of the U.S. population lives within a single day’s drive from this beautiful, family friendly vacation spot. Here is where Twiddy & Company, a vacation rental company, began in 1978. Since then, the company has grown to represent more than one thousand homes and employ more than 150 full-time staff members.

While the company has successfully endured more than 20 hurricanes over the years, it found – like so many other hospitality brands – the coronavirus pandemic to be unlike anything it had ever experienced before. However, it was better prepared than many – maybe even most – to find a way out of the “existential crisis” the pandemic induced, due to a decision it made after the 2008 financial crisis. That decision was to create an in-house data analytics team.

“In 2008, we were overwhelmed with transactional data,” said Clark Twiddy, CEO. “We were running mountains of spreadsheets, and none of the data was forward looking. As a result, we were blind during the 2008 crisis and could not reassure our owners of the certainty of their investment. So we decided to make a strategic investment in data analytics.”

Twiddy & Company built its own in-house robust analytics team, which currently has eight members. Leveraging SAS Analytics to cut down on manual processes and make its data more intelligent, its  team ensures homeowners have the insights they need to make smart decisions about their investments.

“We wanted to bring it in-house because it was important to our culture to know our customers as more than just data points; we needed to know them as people,” Twiddy explained. “We also wanted our analytics team to spend time where it really matters – working shoulder to shoulder with our guest facing teams so that analytics would be informed a by a real person.”

Plus, hiring employees with a STEM and engineering background has added members to the company that think very differently from the rest of the organization, “which is wonderful!”

“It has been a breath of fresh air,” Twiddy said. “When you’re an entrepreneur, you trust your own judgement, but that judgement can be flawed and has to be balanced with data.”

Tackling a Pandemic with Data

As the pandemic began to take hold, the local government closed the bridges to the outer banks for approximately two months. Not only was there no cash flow, but owners were also forced to refund money to previously booked renters.

“We had to make some critical decisions at this time,” Twiddy said. “We decided to avoid the temptation to completely cut off marketing based on what we had learned from 2008. Instead we stayed engaged with our guests and asked our data analytics team to help us make every last dollar count. If we were going to go out, we were going to go out smart.”

While the company looked at multiple channels to market itself and engage with guests, it was primarily focused on paid advertising. Twiddy & Company wanted to make sure that it was one of the top three paid search results on the first page of a Google search. But paying to be in that position can be pricey – to the tune of $5 per click. With limited funds to work with, and no new revenue coming in during the bridge closures, Twiddy & Company wanted to make sure that they weren’t advertising unavailable inventory to prospective guests. 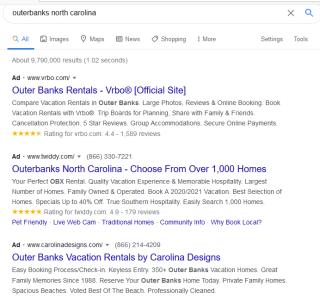 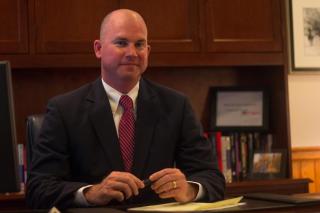 “We only wanted to pay to market to people when we knew we had what they wanted to book,” Twiddy explained. “The more we know about a customer – we use Salesforce as a CRM tool – the more we can tailor our products to that customer. If you go to our website and we know you’ve only stayed in Duck, N.C., we will only show you rental homes there. Google will only show what’s relevant to you based on your fingerprint. All of this is based on our ability to use analytics.”

As customers began to book, and rental properties of a certain type or area were no longer available, the company was able to recognize that fact and would stop advertising that line of inventory. It would then use that money to double or quadruple advertising for different lines of inventory that were still available and needed to be sold.

Airbnb and Vrbo, national competitors to Twiddy & Company, completely cut off marketing during the pandemic, Twiddy said. But his company’s choice to continue to advertise and engage with guests meant that when the bridges did open, it saw overwhelming demand for its homes, and it was able to get higher price points and margins. Additionally, the company was able to decrease vacancies in mid-May by twice the rate of its competitors on average.