03/02/2017
Get great content like this right in your inbox.
Subscribe
The Hilton Los Angeles/Universal City announced that it saved more than 2 million gallons/annually by installing Xeros' bead based laundry system. The laundry system is an addition to the hotel’s growing sustainability features, including being certified GOLD in Green Seal’s stringent GS-33 certification standard for lodging properties.

"Given the drought conditions that Los Angeles has been experiencing, the Hilton's commitment to this exceptional water conservation technology is a demonstration of environmental leadership," said Gary Petersen, head of Green Seal's California office.

The hotel installed the Xeros polymer bead based washing system in October of 2014. This washing system replaces hot water with stain-absorbing polymer beads that reduces the amount of water used in each load by 80%. The hotel has seen an 83% reduction in total water consumption and a 100% reduction in hot water consumption. Using the system also decreases the Carbon footprint and chemicals associated with traditional washing systems, along with ensuring lower utility bills (3 Xeros machines result in savings of $6,600/month).

"Installing this system not only helps us conserve water and save money, it allows us to establish a positive response to saving water in this time of drought," said Mark Davis, General Manager of the hotel.

Hilton Los Angeles/Universal City is one of seven Green Seal certified hotels that are part of the City of Los Angeles’ rapidly growing Green Lodging Program. The Green Lodging Program falls under the City’s broader Sustainable City pLAn, which lays out a road map for a more sustainable Los Angeles by 2020. Green Seal is proud to be a part of this movement and commends Hilton Los Angeles/Universal City on its continued commitment to being a sustainability leader in the lodging industry. 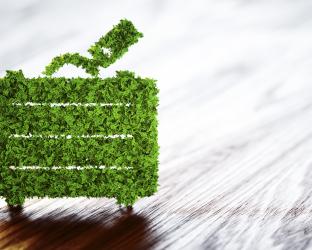