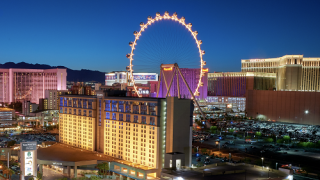 Highgate has chosen C3 as the exclusive partner for The Westin Las Vegas Hotel & Spa's in-room dining and take-out for the nearby community.

The partnership with C3 and The Westin Las Vegas Hotel & Spa will bring C3 brands and celebrity chef talent to the local community. Providing ease of access to all virtual restaurant brands and shared kitchen models, consumers will be able to utilize all third-party delivery services as well as C3's proprietary app, Go by Citizens. The app empowers customers to order directly from multiple C3 brands in a single cart order.

"The launch of this partnership with C3 reflects Highgate's interest in emerging technologies that satisfy the evolving needs of our guests," said Arash Azarbarzin, CEO of Highgate.