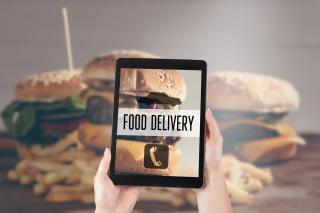 Keeping up with the trends of the times, Boulder, Colo.-based Good Times Restaurants is testing a delivery model with DoorDash and implementing an online ordering platform. For perspective, 2016 marked the first time that orders placed through a digital medium such as a mobile app or desktop website (6.6 percent) outpaced those placed by phone. And according to the 2017 Restaurant Technology Study, 26 percent of operators are deploying a digital ordering platform for the first time.

The company, which announced these developments on its fourth-quarter earnings call on Dec. 7, is evaluating DoorDash with its Bad Daddy’s Burger Bar full-service restaurant concept in Colorado locations. According to CEO Boy Hoback, location and average check size are key “dynamics...to make delivery really work.” He added that delivery is more successful in dense metropolitan areas but believes “the opportunity is there” to capture demand and boost profits by means of a successfully executed delivery business.

Leadership reiterated a commitment to the full-service concept, noting that “tablets on the table” do not fit with the Bad Daddy’s brand promise.

Meanwhile, Good Times’ in-the-works online ordering platform will enable greater insights into customer demand and behavior. Said Hoback, “Right now, we do a fair amount of takeout business, and we don't know how much exactly of that is delivery, because we're on the different providers’ websites that we don't know about.” Currently, takeout at Bad Daddy’s runs in the low- to mid-single digits, Hoback noted, though urban outposts trend higher.

By operating its own ordering system, Good Times — which does an “average” job on takeout now, according to Hoback — would increase operational efficiency overall. For example, the company is now evaluating its physical spaces to determine if and how areas within the four walls could be dedicated to specifically serving the delivery and takeout business.

The company signed an agreement with a leading online ordering platform provider in the current Q1 2018 quarter and expects the system to be implemented and tested in one location at minimum in the next eight to 10 weeks, said CFO Ryan Zink.

Good Times acquired a 48-percent interest in North Carolina-based franchiser Bad Daddy’s Burger Bar in 2013 and secured the remaining 52 percent for $21 million in 2015.