As Church’s Texas Chicken looks to accelerate a new phase of growth, Guith brings extensive experience in the consumer and restaurant businesses as well as deep expertise working in a highly franchised organization.

“I’m impressed with this brand’s resiliency and its ability to navigate a challenging environment over the past few years. With a strong base of domestic and international franchisees and a number of strategic growth initiatives on the horizon, this is an exciting and defining time in this great brand’s history,” said Guith. “I look forward to expanding the brand’s footprint so that Church’s Texas Chicken continues to thrive and reach new customers across the globe, particularly in new major markets abroad.”

Guith joins Church’s Texas Chicken from Focus Brands, where he was Restaurant Category President overseeing a portfolio of over 1,500 restaurants across the Moe’s Southwest Grill, McAlister’s Deli, and Schlotzsky’s brands. Previously, he held Brand President positions at McAlister's Deli and Cinnabon, with both brands realizing steady growth, expanded customer bases and improved unit level economics during his tenure. Earlier in his career, Guith served as General Manager of the KFC South Territory, a region that included more than 1,500 restaurants, 200+ franchisees, and system revenues of $1.5 billion. He also served in several roles for The Coca-Cola Company in a global capacity, working with franchise bottlers across six continents.

In addition to continued growth, Guith’s priorities will be to lead insights-driven investments in technology to mirror evolving consumer behaviors, such as an enhanced digital customer experience, including a new mobile app and loyalty program.

Guith replaces Joe Christina, who served as CEO and President of Church’s Texas Chicken for six years, leading the company through unprecedented times for the restaurant industry and driving the brand’s continued expansion, adding hundreds of restaurants around the world. 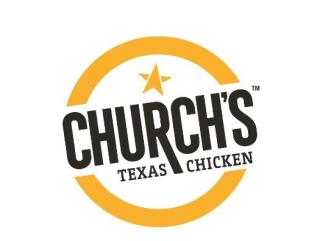