02/17/2017
Get great content like this right in your inbox.
Subscribe
Milton, Georgia-based White Columns Country Club is part of ClubCorp, the largest owner and operator of private golf and country clubs in the United States. Like most country clubs, it closes one day a week so that the maintenance team can work on the grass and the course. That day happens to be Monday. Not too long ago, it had a kitchen cooler malfunction on a Sunday evening. When Josh Carden, executive chef at White Columns, came in on Tuesday morning he found a hot cooler and $18,000 worth of unusable food waiting for him.

Unfortunately, in the foodservice industry this is not uncommon. Other common culprits for malfunctioning or hot coolers include: power surges, compressors failing and Freon leaks. And of course, human error.

"When cleaning crews come through at night to clean the kitchen, they have to unplug the coolers temporarily so that they can move them and clean around them," Carden says. "All too often, they forget to plug them back in."

To help prevent future problems similar to these with his coolers, Carden worked with VeriSolutions to install a temperature monitoring solution that uses AT&T IoT technology. The VeriSolutions platform consists of sensors with an embedded AT&T Global SIM that collect temperature and humidity data, a data analytics hub that collects and aggregates sensor information, a user interface, powered by AT&T Control Center, that monitors the sensors, provides near real-time diagnostics and provisioning, and sends alerts, notifications and reports on their activity.

After installing a sensor in each cooler, including his walk-in, his low-boys and in each of his wine coolers, Carden went online and created an account. Within that account he was able to name each cooler and set a threshold for alerts. For instance, he can be notified if a cooler's temperature rises above 45 degrees for more than 30 minutes. These alerts have proved to be invaluable to Carden.

For example, during his day off at home, Carden received notices from the VeriSolutions app that one of his cooler's temperature was climbing. That same day, Carden knew there had been a food delivery.

"The cooks often turn off the cooler when they're putting away a delivery because the door will beep every 30 seconds and they find it annoying," he noted. "They forgot to turn it back on. Because I was alerted by the app that the temperature was rising, I was able to call my sous chef and have him turn it back on which helped me save thousands of dollars in food."

Similarly, Carden can see temperature trends. If a cooler is climbing a small amount every day, it likely has a Freon leak and he can call a maintenance technician to come out and repair the leak before it becomes a major issue. And if the cleaning crew unplugs the cooler and forgets to plug it back in, Carden is able to point out to them exactly when it happened and hold them liable for any damages incurred from the cooler being unplugged all night long.

VeriSolutions also helps Carden with temperature logging and reporting. Instead of showing the health inspector a lot of paper, he is able to show her an app that displays all of the necessary recorded temperatures by day, week and year. It can even display the average temp of a cooler."

"The health inspector thinks it is spectacular," he says. "And I love that it saves me several hours per week in logging.”

But what Carden says he loves most of all is the peace of mind that his coolers are working properly.

"This technology has proved to be invaluable to me," he says. "I have all the information I need at my fingertips, so I always know what my coolers are doing and I can prevent problems before they happen. It's reassuring to know that my coolers are working properly." 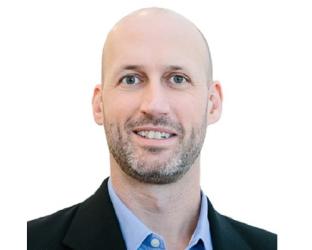 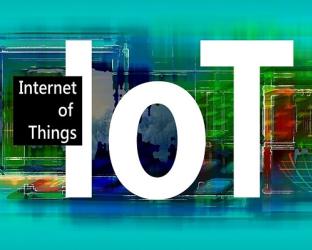