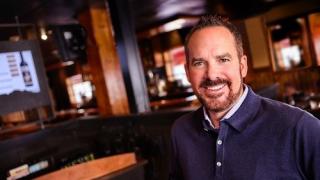 Josh Kern has been named interim Chief Executive Officer of  SPB Hospitality, known for its full-service restaurants and breweries.

Hagler has served as interim Chief Financial Officer of SPB Hospitality since April 2022. She was previously Vice President, Chief Financial Officer, Treasurer & Secretary of J. Alexander's (JAX) until its acquisition by SPB Hospitality in September 2021. Hagler had held various roles at JAX including Vice President, Controller and Chief Accounting Officer, Director of Financial Reporting and Director of Compliance. Prior to joining J. Alexander's, Hagler was a Senior Manager in the audit practice at KPMG, LLP.

"Josh has played in integral role in the growth and success of SPB Hospitality, so he was the obvious choice to serve in this new leadership role," said Morgan McClure, President of SPB Hospitality and Managing Director at Fortress Investment Group. "We have enormous confidence in both Josh and Jessica to lead these brands and build on the vision for our collection of restaurant brands and their thousands of team members across the country."

SPB Hospitality is an operator and franchisor of full-service dining restaurants and breweries in 39 states. Brands include Logan's Roadhouse, Old Chicago Pizza & Taproom, and a collection of restaurant-brewery brands, including Rock Bottom Restaurant & Brewery and Gordon Biersch Brewery Restaurant.