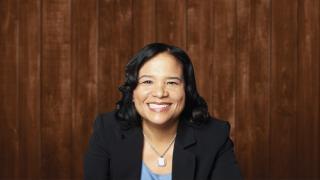 With more than 30 years of experience at some of the nation's leading restaurant concepts, Smith will be instrumental in driving the company's national expansion through operational effectiveness, system improvements and people development.

"Given that culture and quality have always been hallmarks of our brand, we needed an exceptional leader who has demonstrated capabilities for operational excellence as well as a passion for people," said Bernard Acoca, Zaxby's CEO. "Sharlene is an executive who balances vision with execution, and that makes her ideally suited to help accelerate our growth."

Most recently, Smith served as vice president of operations excellence, North America for Papa John's International, responsible for operations execution across 3,000 locations. There, she worked closely with a franchisee advisory council to ensure alignment on vision, strategic growth plans and system-wide initiatives.

Before joining Papa John's, Smith spent the bulk of her career in field leadership positions at McDonald's Corp. where she led one of the largest, high-growth regions in the system with more than 850 company and franchised locations. She consistently exceeded year-over-year income growth and guest counts by improving performance metrics and adding new restaurants annually. Smith's ability to lead and train cross-functional teams and her commitment to developing top talent garnered her recognition as a "National People Leader" through her work with the McDonald's Corp.