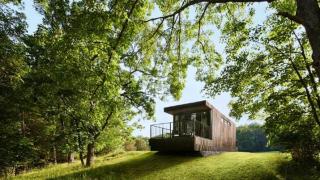 SG Blocks, Inc. (“SG Blocks” or the “Company”), a developer, designer, and fabricator of modular structures, and Moliving Inc., a luxury nomadic hospitality solution, announced SG Blocks is leading Moliving’s seed round. Moliving, which is a developer's solution conceived to disrupt the modular living and hospitality industries, offers hoteliers and landowners the opportunity to adjust room inventory to match demand in real time with minimal disruption to the environment.

“We are continually impressed by Moliving and the innovative solution that they deliver to the hospitality industry, which meets a major market need,” Paul Galvin, Chairman and CEO of SG Blocks explained. “SG Blocks’ design solutions merged with Moliving’s modernization of the hospitality sector is a powerful force. There is a great synergy of alignment and mutual respect between the companies and their principals; advancing this partnership makes perfect sense for us, and is why I agreed to join Moliving’s board of directors.”

The funding is a testament to the continuation of the two companies’ long-standing collaboration. The recent funding will further the manufacturing of approximately 60 units that SG Blocks plans to build for Moliving’s flagship hotel, Moliving at Hurley House, located in the progressively popular Hudson Valley. Poised for rapid expansion, Moliving has an additional five locations expected to open in 2023, providing SG Blocks with a potential pipeline of approximately 400 units. The units would be built by SG ECHO, in-house.

“We are thrilled to have SG Blocks as the lead investor for this round and look forward to cultivating our growing collaboration with Paul and his team,” said Jordan Bem, Founder and CEO of Moliving. “SG Blocks truly believes in Moliving’s unique model and sees the potential for our rapid expansion throughout not only the United States but also internationally. It is important for us to utilize the guidance of industry veterans such as Paul Gavin, expected to be our newest board member, to expand our footprint in a sustainable manner.”

Hurley House is set to premiere in the Hudson Valley in Summer 2022 and there are plans to grow the Moliving brand in several East and West Coast locations in 2023. 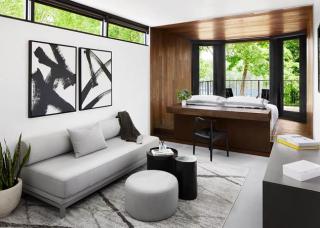