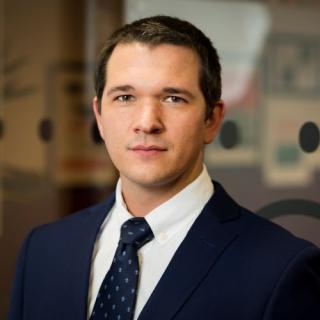 The rise of OTAs over the past decade coincides with increased rate disparity. While many of the more established OTAs respect market dynamics and work hard to maintain parity with their hotel partners, not all OTAs are equal. There’s a growing list of smaller, less scrupulous providers - often non-contracted ones - who use heavily discounted prices to acquire customers and market share.

We’ll take a look at the origin of the issue, explore the ever-changing players in the market and consider their impact, before providing some simple tips on counteracting the potential threat posed by rogue OTAs.

Where Does the Problem Begin?

Non-contracted OTAs have no contractual obligations to hotels. Rather, their relationship is with a wholesaler, who provides them inventory directly with an opportunity to sell rooms at prices marked up at the non-contracted OTA’s sole discretion. This means they’re often lower than Brand.com prices for the same room.

Before OTAs revolutionised the way we search for and buy rooms, wholesalers and bed banks dominated hotel distribution. The model still exists and is very important for some hotels but is less exclusive. These hotels sell some of their rooms to wholesalers, who sell them to travel agencies and then on to end-customers, with a markup being applied at each stage. Problems occur when wholesalers sell to those who ‘unbundle’ rooms that had been intended for discounted packages or tours.

The situation has been exacerbated by metasearch engines, an expanding presence in the online booking scene. There has been a large volume of traffic and cost-per-click generated by the major players in this field - TripAdvisor and Trivago, with Google also getting in on the act.

While Amoma’s September collapse put an end to summer for many holidaymakers, it may have brought a quiet sigh of relief to hoteliers, as the company was one of the worst undercutting offenders in the travel market.

Amoma had long been a major reseller of so-called onward distributed inventory of wholesale rates, and while their demise might have been welcomed, there are a number of other rogue OTAs who are only too keen to fill their space.

Based on our research, here are a few to watch:

Switzerland-based Bedfinder: With 150,000+ hotels, core markets in the Middle East and Europe, and Hotelbeds, Tourico as its primary sources, its undercutting average (average discount vs. direct booking) is 20%.

Germany-based Flixhotels: With200,000+ hotels, core markets in APAC, North America, Hotelbeds and Miki Travel as its primary sources, its undercutting average is 19%.

Canada-based Snaptravel: With200,000+ hotels, core markets in Africa, North America, Hotelbeds and Destinations of the world as its primary sources, its undercutting average is 18%.

So we have the reason for rate disparity, its effects within the market and which OTAs may be coming next to take the rogue OTA crown. But what can hoteliers actually do about this issue?

Here are our top tips:

Taking action on parity offenders may seem daunting but by enhancing your business intelligence tools you can gain real revenue results as well as the ability to monitor parity in one easy platform. Paired with effective distribution management, the future forecast doesn’t have to be grey.

Gino Engels co-founded OTA Insight in 2012. The business has since grown from a small disrupter challenging an established marketplace, to a business supporting over 50,000 clients in 168 countries. Engels is driven by working with the industry’s most progressive innovators alongside established global and local players to deliver first-class solutions. He leads the delivery and continued development of OTA Insight’s dashboard and reporting capabilities to enable hoteliers to support a profitable revenue and distribution strategy. His customer-focused objective is to deliver affordable revenue tools to hotels and continuously develop new solutions to help those in the hospitality sector overcome technological barriers.