By Tammy Mastroberte, Contributing Editor - 08/06/2014
Get great content like this right in your inbox.
Subscribe
Restaurant operators are increasingly seeking to integrate a variety of capabilities into their point-of-sale (POS) systems. According to Hospitality Technology’s 2014 Restaurant Technology Study, foodservice operators cite integration as a major business driver influencing their next POS upgrade. Integration between systems opens up capabilities on both the operations side, including kitchen efficiency and better intelligence, and the customer-facing side, such as mobile and online ordering, and more sophisticated loyalty programs.

One of the biggest stumbling blocks to a smooth POS integration — or integration of any technology type — is connecting disparate systems. Trying to get different systems to talk to one another takes time and financial investment for both the operators and the vendors involved.

Some POS vendors have embraced the push towards open architecture and are willing to make their application programming interfaces (APIs) available to developer communities. The open-source Clover POS (www.clover.com), distributed by First Data, provides a comprehensive set of APIs to developers to build solutions ranging from CRM and loyalty, to accounting, mobile wallet, and pay-at-the-table. Earlier this year, NoshList (www.noshlist.com) released a version of its waitlist management app on the Clover marketplace.

“Not everyone has the same API or integration specs,” says Matt Thomas, director of information technology at Thomas Cuisine Management (www.thomascuisine.com), a contract foodservice company based in Meridian, Idaho and working in corporate and healthcare settings. “If we come to the table with a third-party payment integration we want, and the integration doesn’t already exist, it takes time and can slow things down because a custom integration has to be built.”

As a work-around, restaurant operators may opt to work with one company to meet all their needs. “When it comes to choosing a vendor, if we could get something through our POS provider we will do it because we know it will integrate well rather than having to find a loophole,” says Michael Jackson, director of logistics at Kerbey Lane CafÉ in Austin, Texas (www.kerbeylanecafe.com). Jackson uses NCR’s Aloha POS system (www.ncr.com), kitchen system, mobile POS, loyalty solution and more.
This approach, however, can lead a restaurant to prioritize the benefits of a one-stop provider over hand-picking “best-of-breed” suppliers; that is, those with deep expertise in one area, such as loyalty or social commerce.

Industry insiders see a change on the horizon as new POS players continue to emerge that are willing to publish their APIs. “APIs where programs can talk to one another are very common in tech ecosystems like Twitter, Facebook, Google and Apple, so the whole business model is changing,” says Aaron Allen, founder and CEO of Aaron Allen and Associates (www.aaronallen.com), a global restaurant consulting company based in Orlando, Fla. In May, a new standards association, the International Food and Beverage Technology Association (IFBTA www.ifbta.org) announced its formation and identified technology standards development as a part of its mission.

“The POS industry has lagged behind because [published APIs] will totally change the business model,” says Allen. “I believe there will be a sea change in the next two years that will be bigger than it has been in the last 10 years combined,” which may in turn force large POS companies to begin thinking about third party-integrations more seriously.

The impact of cloud
Cloud technology is making the prospect of integration easier for operators as more owners are looking to above-property hosting systems.

“We started the process of researching POS providers two years ago knowing we needed to move away from the traditional client-server or electronic cash register system,” says Thomas. “We needed to upgrade our POS and wanted to leverage the cloud to have one point of contact, which makes it easier.”

Cloud technology allows a chain to integrate once rather than going out to each individual location, Thomas says. His company upgraded to Vivonet’s (www.vivonet.com) Halo POS system a year ago. When integrating a new feature, what once took six weeks at each location now takes six weeks across all of them.

“Everything is easier with the cloud,” agrees Joe Buonavolanto III, owner of Buona Companies (www.buona.com) based in Berwyn, Ill, and operating 14 Buona Restaurants across the Chicago area, as well as two catering companies and five other full service restaurant locations. While the chain uses Posera’s Maitre’D POS system (www.maitredpos.com), its loyalty program is run by a company in Canada called LoyalMark (www.loyalmark.com). “The information we gather with our integrated loyalty program, MyBuona, wouldn’t be possible without cloud technology.”

Additional reporting by Abigail A. Lorden
Restaurants Upgrade POS with Loyalty & Mobile
As part of HT Magazine’s 2014 POS Trends survey, almost half (45.8%) of operators named mobile capabilities as the No.1 feature they’re seeking in a future POS upgrade. Restaurant consultant Aaron Allen says any successful company in any industry is banking on mobile as a key part of their future business, citing Starbucks as an example. “The most popular integration in the restaurant space today is loyalty programs, along with data warehousing and mobile,” says Allen.

At Thomas Cuisine Management, the company added a kiosk, mobile app and HP (www.hp.com) tablet at a couple cafeterias. The tablet allows cashiers to walk through the line and accept credit card payment during peak hours, and the kiosk and mobile app allows customers to order and pay beforehand. Instead of having five traditional terminals, Thomas can have two and use the kiosk and mobile app to control costs for labor, as well as offer upsells. The average transaction is actually higher with kiosk orders than the traditional POS with staff, he says.
“Mobile phone ordering is a big one and offers convenience to our client base,” Thomas notes. “They can order, pay and then just come downstairs to pick up their order. The kiosk is the same as the mobile app, but some customers still want to come down and look at what we have to offer first.”

Buona Companies also added a mobile app to its POS – Posera’s DataBoard – allowing it to view total sales, labor, voids, the amount of promotion dollars or coupons used in a store throughout the day and more. They also have alerts built into the system. “We have push notifications sent to the mobile phone, such as this restaurant hit ‘X’ number of sales for this hour,” owner Joe Buonavolanto says, explaining other integrations with the POS include gift card processing, payroll, inventory, security cameras and tablets.

Kerbey Lane CafÉ uses a loyalty program provided by NCR. “We also have its Customer Voice product integrated so we can see guest reviews from our online surveys,” says Jackson. “The loyalty and customer voice tie in with each other so if someone uses the loyalty card they get an email with our survey. This increased our guest response rate by four times.” 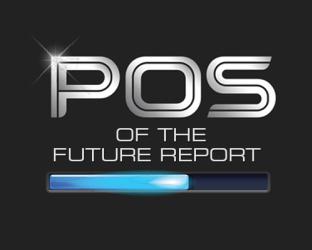 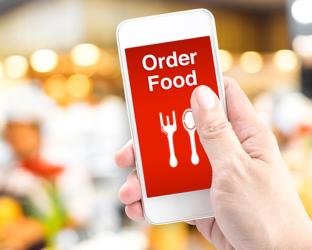 Takeout and Delivery
4 Tactics to Win the Digital Ordering Wars 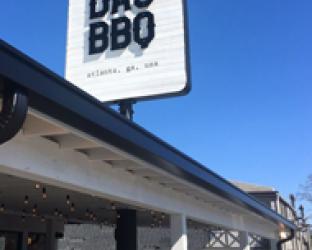