With the month of November came exciting announcements from multiple hotel brands around their launch of robotic technology to enhance the customer experience. The timing comes as no surprise as it is just before the holidays, when many Americans are traveling to visit family members and would have a great opportunity to engage with these hotel brands in a new way while also serving as a talking point during family gatherings. 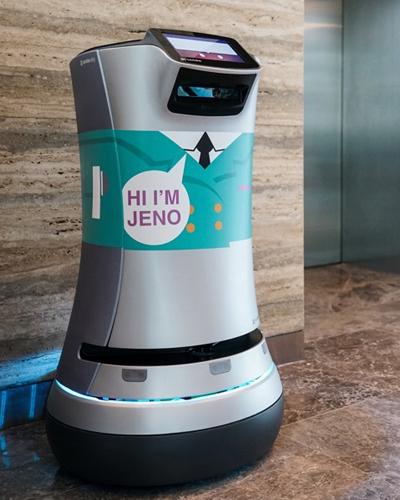 Hotel Jen said two of its properties, Orchardgateway and Tanglin Singapore, received Relay robots. Named Jeno and Jena, the Relay robots are described as "colleagues" and stand at almost one meter tall and come with the ability to move unmanned around the hotel at a safe speed of 2.5 km/h, half that of the average human walking speed. The duo will deliver amenities and local favorites from the in-room dining menu to guests, when an order for them is placed. They can ride the elevators, make phone calls to rooms upon arrival, and are equipped with sensitive sensors that know to avoid obstacles in their path. Jeno and Jena are both integrated with a software system that can easily track their to-do list once an order is placed.

Kicking up the delivery robot notch is the Sheraton Los Angeles San Gabriel Hotel. Opening in January 2018, it will offer guests access to eight robots; most hotels only employ one or two at this time. The robots will navigate through the hotel using an internal built-in map and use sensors to safely move around people and obstacles. The hotel says they will use the hotel’s WiFi system to communicate with elevators and automatic doors, as well. Of the eight robots, there will be one “wayfinding” robot that will take guests to destinations on the first floor. The other seven will be “multi-use” robots that will use the service elevators to deliver in-room items to guests such as luggage, meals, fresh linens and other guest items.

While delivery robots are becoming more common within hotels, the Mandarin Oriental Hotel, Las Vegas, announced the addition of a robot without any delivery functionality. Pepper, a humanoid robot, is the hotel's Technical Ambassador as is meant to engage with guests in a completely different manner than delivery robots. For example, Pepper can discern a guest’s gender, approximate age and mood. Interacting in natural and intuitive ways, Pepper provides personalized communication by detecting facial, body and voice cues. It can provide answers to property-specific questions, give directions, tell stories, dance and even pose for a selfie.

Interestingly, the Mandarin Oriental Hotel, Las Vegas uses similar language to Hotel Jen when it calls Pepper a "team member." Hotels, it seems, are humanizing robots and viewing their investment in this technology as on par with the investment they would make with a human hire. While investments in robotics remain a relatively low priority for hotels at the moment, HT's 2017 Customer Engagement Technology Study found that 10% of hotels plan to implement robotic assistants during 2018. Currently, only 1% of hotels have done so. 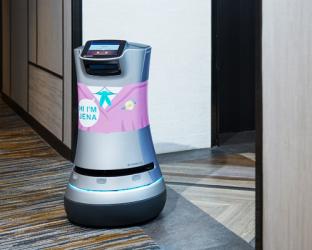 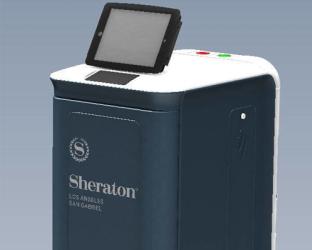