After a successful test in Houston, more Chick-fil-A are testing tabletop call buttons.

Locations in San Antonio, Denver and Indianapolis are experimenting with the technology, reported Fox News.

The Kallpod call buttons made their debut in Houston earlier this year, HT previously reported.

Kallpod sits atop a dining table and provides the customer an opportunity to summon service staff directly through the push of a button. Whether to simply get the server’s attention, order something else on the menu or request the manager, service staff is immediately notified on their smart watch when a specific customer pushes a button. 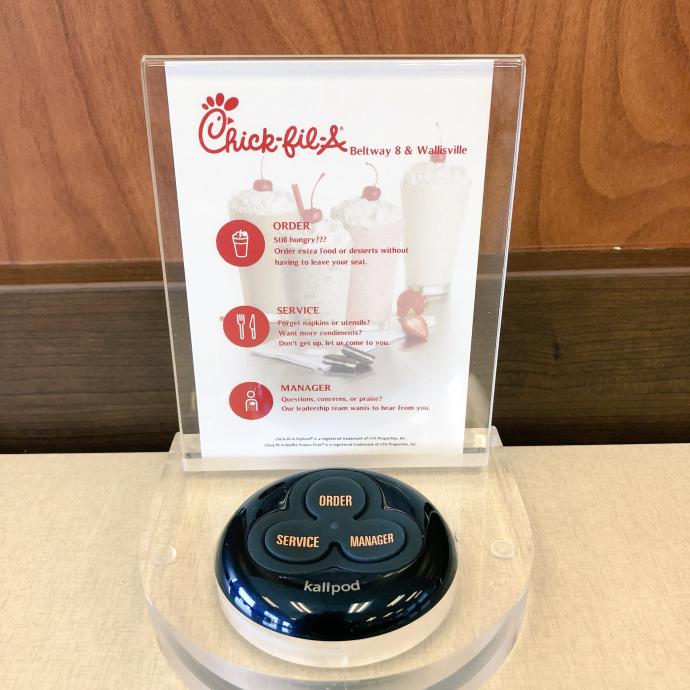 Currently there are no plans to expand the Kallpod technology to Chick-fil-A’s 2,300 locations, according to Fox News.