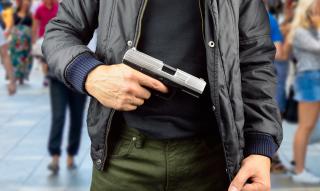 In recent years, the lodging industry has undergone major education from law enforcement officials on how to respond to active shooters, with a consensus forming around the basic idea of “Run, Hide & Fight.” Combined with well-rehearsed plans and specific emergency duties for individual employees, this relatively simple safety advice can save both employee and customer lives through preparation.

What the guidance can’t do, however, is speed up the crucial step of delivering accurate and complete information on the active shooter situation to local law enforcement and emergency responders. Police departments are considered the first line of tactical action against armed suspects, but they can’t simply rush into a building, guns blazing.  Copious amounts of information are required before officers can make an effective entrance and apprehend or confront a suspect.

However, with an advanced, affordable gunfire detection system deployed throughout guest rooms and public spaces, hotels can automatically and immediately send local authorities a full report on the situation. Depending on the gunfire detection system used, it may include how many shooters there are, how many shots have been fired, the number and type of weapons being used, and most importantly where the shooter currently is inside the building. The best systems also provide mobile apps with real-time updating so police have fully up-to-date information on the shooter(s)’ position whether they are at the police station or at the hotel’s front door.

Adding to the concern, the documented COVID-19-induced spike in firearm sales only adds to the concern. NBC News recently reported that gun sales and federal background checks rose to an all-time high in March, with the FBI conducting 3.7 million background checks, the highest total since the background check system was launched in 1998 and 1.1 million higher than the number conducted in March 2019.

The combination of rapidly increasing gun sales and the emergence of COVID-19-related mental health concerns means that hotels must take all available steps to enhance the safety and security of their buildings.

In recent years, the conversation around active shooters has turned from prevention to mitigation, focusing on the ability of law enforcement to respond quickly and effectively to neutralize an armed suspect and save lives. As every active shooter is a highly volatile and fluid situation, one of the most important actions a hotel can take is to provide as much information as possible to law enforcement so police can arrive on scene and take safe, decisive action.

Not much data is available on lodging-specific active shooter events, but the similar scenario of U.S. school shootings over the past 30 years has been well-studied* and documented, including police response time. On average, it takes:

Adding those minutes up shows us the staggering reality: in active shooter situations, police may require 45-50 minutes before they can actually identify, locate and apprehend a suspect. When lives are on the line, every available measure to reduce that time frame must be considered.

The tragic events at Las Vegas’ Route 91 Harvest Festival and Mandalay Bay in 2017 prompted a national discussion over how hotel security functions, what steps can be taken for lodging operators and adjacent businesses, and how police can more quickly respond and apprehend shooters to save lives. In an active shooter situation, police are expected to take decisive action and neutralize the shooter(s), but their actions can only be effective if they are provided with accurate, real-time information.

To aid law enforcement’s fight against active shooters, innovative technology companies have developed powerful gunfire detection systems to greatly reduce the time required to apprehend suspect(s). Among the newly available tools, the most important capability is automatic delivery of gunfire data to police that can eliminate several steps of the timeline explained above, including the 5-minute police alert delay.

As an information gathering device, gunfire detection systems may be unrivaled in their power and speed. Some gunfire detection systems use multiple sensors to recognize that a gun has been fired, including concussion sensors, audio triggers and spectrometers that compare suspicious sounds and bright flashes against vast libraries of real gunfire signatures. In a cloud-based system, the small gunfire detectors are placed in ceiling corners in guest rooms, hallways, meeting rooms, lobbies and restaurants, and gunfire information is immediately sent to a server for verification, then delivered to local authorities in a detailed report – all within a few seconds.

Specifically, the identification of individual firearm types is a major benefit for law enforcement, allowing them to prepare and plan for the specific threat they must face, including what protective equipment they need. A shooter with a high caliber semi-automatic rifle may require a different approach than a shooter with a handgun. In addition to helping protect officers and ensure a successful operation, this knowledge further reduces the police’s timeline by eliminating or reducing the need to interview on-site witnesses. When combined, the advantages provided by intelligent gunfire detection systems can cut up to 25 minutes off the total police engagement time from shots fired to suspect apprehension.

The Best Tool for the Job

Using the technological tools available today, hotels and lodging operators across the United States can help law enforcement safely apprehend suspects faster and save more lives during active shooter events. If lodging owners and law enforcement agencies recognize the power and value of gunfire detection systems, our nation can make great strides in reducing the casualties from the next active shooter event. 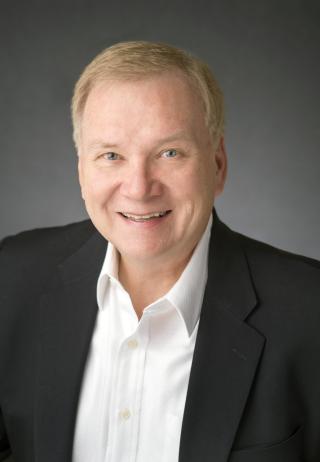