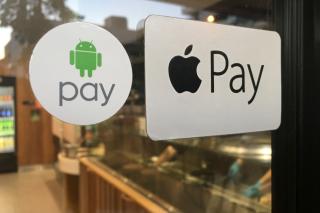 Apple recently announced that its next major iOS update would include a new feature. It will allow iPhones to accept payment via phone-to-phone as well as contactless credit cards, both of which use NFC (Nearfield Communication) technology.

Apple will not be offering a POS product, but this does significantly change the game for POS vendors.

We will get to the pros and cons for restaurant POS players in a moment, but first let’s expand on why this technology is going to be ubiquitous and open up a more competitive market for the 107 different companies that currently offer restaurant-specific POS technology and systems.

Apple will be providing software development tools that allow and encourage third-party apps to gain the ability to accept payment. Since contactless payment via NFC is already ubiquitous in the mainstream retail market for consumers, this guarantees mass usage. While not every consumer uses Apple Pay or Google Pay, all new credit cards have built-in NFC chips that basically work the same way as the mobile payment methods used by smartphones. This means that even if the consumer doesn’t use Apple Pay or Google Pay, their credit card has NFC which will work seamlessly with Apple’s new iPhone capability.

Compared to all other industries, restaurants are most affected by this Apple announcement. Why? For the most part, in just about all brick-and-mortar businesses where you pay for a physical item, you physically go to a designated spot to pay (the checkout counter). In a restaurant, the pay area comes to you (i.e. the Server comes to the table with a bill, takes your payment, returns with change or to sign a credit card receipt). Considering how massively popular mobile POS terminals are in table service restaurants today, giving a premier mobile device, such as an iPhone, the ability to accept payment affects the restaurant industry the most compared to any other industry.

Now let’s explore pros and cons. To do that, we will use Toast POS as an example since they are now a public company with data publicly available to reinforce our points and examples.

(Please note that Toast is being used as a generalized example. This is not a critique. The goal here is to offer critically important facts to our mutual industry. Based on my professional history, I have a unique insight into Apple and mobile payments, having spent nearly a decade and a half in the mobile payments space. I helped create modern day NFC mobile payments technology, which is commonly known as Apple Pay and Google Pay. I have also been heavily involved in the hospitality technology space for many years. So, I understand the needs, priorities, and challenges that the hospitality industry faces compared to any other industry in the world.)

Hardware is the most costly element for restaurant POS companies. In the past few years, Toast’s profits from hardware have been mostly negative. Most vendors are currently offering a mobile POS device and restaurants are the businesses most interested in such hardware compared to any other brick-and-mortar type businesses. POS companies could, in theory, cut their hardware and distribution costs in a massive way by using the iPhone as their mobile payment terminal. Doing so would remove costs of inventory, certification, distribution and much more. Of course, there are other aspects to be considered, such as if the POS company would be using the Apple Approved payment provider, and other such factors. But, for now, if we consider all things equal, then hardware costs, which drag company profits down, could benefit from this news.

First, not all companies have an iOS offering. TouchBistro uses iOS for their platform, while Toast uses Android and Partech uses Windows. Some even use web or Linux. So to benefit from the hardware, many players would have to shift to iOS. This is a smart strategic move from Apple, and many companies will likely either start offering multi-OS options or start shifting to iOS. Those who already are on iOS will have an advantage.

Additionally, most restaurants would prefer smaller devices such as an iPhone for their mobile point-of-sale. POS players can never match the hardware quality of an iPhone, and iPhones will improve on many of the common complaints restaurant management have with their current setup, such as Wi-Fi disconnections, recharge storage space, and more.

And though the iPhone is a costly device, please note three important points concerning its cost. First, there are a massive number of financing options for an iPhone compared to mobile POS devices.  Second, older model iPhones such as the iPhone XS will have this new payment capability thanks to a FREE software update. Those older models have seen a significant reduction in price, making it an affordable option for restaurants to purchase or even lease such hardware. Third, with many cellular carriers looking to expand the sale of 5G and heralding it as better, more reliable and more secure than Wi-Fi, expect those cellular carriers to offer bundling options that include software bundling via partnerships with existing (or new) POS technology players.

As a side note, accepting payment via the iPad is a natural fit. Therefore it is highly likely that the iPad will finally have its long-awaited NFC capability in the near future.

Apple also has a much greater influence on interchange costs compared to any POS player. Coming from the mobile payments industry myself, and knowing all the ins and outs and players, I can state with absolute confidence that Apple will strike a deal with key payment players which allows them to offer significantly reduced transactions fees. There are multiple examples that reinforce the likelihood of this happening. Apple currently receives a whopping 15 basis points for Apple Pay NFC transactions no matter what card from whatever bank. Apple’s payment card from Goldman Sachs has highly competitive offerings such as a competitively low APR, no annual fees, unlimited cash back, no late fees, and more. That is a perfect example of how Apple cannot only gain a financial benefit for themselves, but also a financial benefit for their customers. Using arbitrary round numbers, consider this: If you were a restaurant owner and you had a choice between 3% transaction fees and 2% transaction fees, which would you choose? How many add-ons such as loyalty, scheduling, marketing, tip distribution, etc. would be necessary to influence you to ignore a whole 1% savings in transaction processing? With labor and ingredients costing more than ever, as well as new profit hurdles yet to come and confront the restaurant industry, POS providers are faced with some competitive challenges.

For this reason, POS players can forget about charging for add-ons. Instead, they will need to give them away to make sure that they have something to counterbalance Apple’s more competitive transaction fees or other financial incentives that Apple will surely offer.

Apple’s core philosophy is centered on privacy. That combined with the many privacy laws coming soon that emulate GDPR in Europe will immensely restrict many loyalty and marketing ad-on tools. California is already being impacted by similar privacy laws. So the value of those types of add-ons is highly questionable thanks to Facebook showing the world how dangerous collection of data can be.

Consider this: If you are a restaurant and want to switch from one POS provider to another, what are the barriers to doing so? One of the first would be the cost to purchase all new hardware. That obstacle is eliminated if Apple becomes the mainstream hardware used by many of the POS companies. With no need to re-purchase hardware, restaurants will likely see a greater value in choosing a POS company that uses iOS simply because it opens up more flexibility in changing from one provider to another. Such long term strategies will influence many restaurants to pick a company that runs on iOS versus Android, Windows, etc.

Another barrier would be the use of certain add-on capabilities. For the most part, Toast has done a great job with 3rd Party integration. At the same time, many of Toast’s competitors have started to catch up with many of the capabilities that Toast’s add-ons offer. It’s a 2-way street. Toast has implemented capabilities that were first introduced in their competitors’ products. Ninety-nine percent of those capabilities are not patentable, so any company can copy such options and replicate it into their own platform. That is precisely why just about every restaurant POS technology looks very similar to each other. Therefore, non-patentable add-ons are not going to be a strong enough differentiator or barrier to entry between one POS company versus another.

So the ELEPHANT-sized question in the room is: How do companies like Toast and the 107 other restaurant POS companies compete with the coming storm from Apple?

The answer is increasing their restaurant clients number of transactions. To do that, it all comes down to one of the most important and often minimally appreciated data points in the restaurant industry: Table Turns.

Efficiency can create a massive increase in Table Turns and thereby increase the number of transactions. Restaurant efficiencies are often misunderstood. Many think that efficiency is about speed of service or even rushing the guest. The truth is that efficiency is about SHAVING off time in smart ways that are usually unseen or unnoticed but end up creating a domino effect which leads to greater table turns.

Think of it this way: Human beings are consistent creatures. If a guest takes 10 minutes -- on average -- to drink a drink, and a drink is delivered to them at 7:00 PM, what time will they finish the drink? 7:10 PM. What if the drink is delivered at 7:05 PM? It gets finished at 7:15 PM. Those five minutes have nothing to do with the time it takes the bartender to make the drink but everything to do with restaurant efficiency. When a server submits a drink order, they rarely know if their drink order is the next order to be made by a bartender or the 10th in line. So, servers will visit the bar multiple times to check on their drink order status. If the server arrives 30 seconds before the bartender puts the server’s drinks in the pickup area, how many minutes will it take until the server comes by the bar again?

The list goes on and on. That lack of time efficiency adds up at the end of each day and represents fewer table turns for every restaurant. This is a real problem as table turns lead to transactions which are the largest revenue and profit generator for POS players.

Hardware, add-ons and other revenue channels will never outpace the revenue and profitability of financial transactions.

So, if POS companies cannot beat Apple with add-ons or hardware or transaction fees, then they need to start looking at their formula for success in a completely new way.

POS companies need to start focusing on efficiency technologies, because if they want to stay profitable, they cannot compete with Apple on transaction rates or add-ons. They need to find ways that will help their existing clients generate more transactions. That is a mutual win for the restaurant and the POS company.