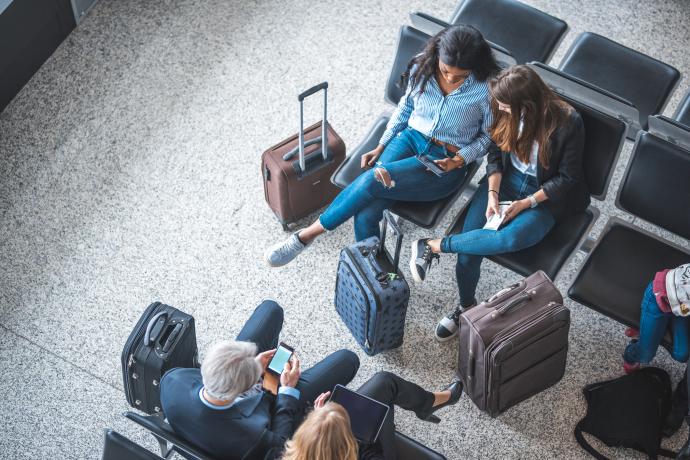 Hoteliers and online travel agencies have been nervously watching Google’s expansion for some time now. The tech giant’s Hotel Finder has evolved into a full-featured, competitive product that Expedia sees as a significant competitor. And last year, industry media coverage widened to include Airbnb, which confirmed its competition with OTAs.

How has this all come about? Is the revolution unstoppable? And what does it mean for hoteliers?

With Airbnb Plus, the company's initiative to make boutique hotels bookable on the platform, per booking commission is a reasonable 3-5%, compared to over 15% in most other channels.

Whether this structure can survive worldwide scaling is moot but it’s low enough to capture the attention of independent hoteliers. In explaining the reasoning for bringing hotels on to its platform, Airbnb CEO Brian Chesky highlights the pain of steep commissions: “We’ve done a lot of surveys with boutique hotels, and many of them are not incredibly happy about the commissions they’re paying. They’re seeking alternatives. If we can be an alternative, we’ll be there for them.”

Industry watchers agree. According to travel technologist Robert Cole, “If you are a hotel owner, you are probably paying a brand – I think the average is like 12% in the US. Then you may be paying a professional management company 3% of gross revenues. You are paying [payment processors] 2 to 4% of everything. If it goes through an OTA, it’s another 15%. All of a sudden you are at over a third of your gross revenue. That’s a lot of intermediary take out of the industry. That’s not sustainable for these owners.”

So Airbnb’s entrance is shifting the power dynamics in favour of hotels. Taken together, the squeeze on commissions is real. Hotels are seeking alternative channels that provide greater value through lower commissions or more efficient demand generation. This trend may partly explain why OTAs like Expedia are staking their futures as technology and “travel platforms” to better support their hotel partners.

Unlike OTAs and hotels, platforms compete for advertising dollars rather than guests. Google’s Hotel Finder makes its money on ads rather than commissions. Amazon - another big player - has seen its product ads become its fastest growing revenue stream. Commission revenue scales linearly, whereas advertising scales exponentially, so Airbnb will likely follow.

This dynamic dramatically impacts how these platforms engage with the industry, as it loosens the grip on who owns the guest relationship. That’s good for hotels as these platforms should be more inclined to provide valuable guest information as part of the transaction.

That said, booking-based commissions are predictable. Hotels know how much they pay a given channel for bookings, without the uncertainty of auction-style systems that pit hotels against each other for the highest bid. Such systems can be unfair to independents with lower marketing budgets.

And, as technology suppliers start integrating Google Hotel Ads into their marketing platforms, advertising spend among hotels to drive direct bookings may outpace what some spend on commissions in the first place: time to quantify!

Sharing, not owning, the customer

A major sticking point for hotels when it comes to third-party bookings is ownership of the guest relationship. Rarely do OTAs share guest contact information, making it nearly impossible to develop direct relationships.

Progress is being made, but slowly. There’s a willingness to share more data but OTAs are still competing for the same hotel guest and more work must be done by OTAs in sharing customer information with hotels for it to be considered a partnership.

Those platforms that share better will earn more inventory from hoteliers. Metasearch plays a greater role in this case, where more advertising dollars flow to channels that send hotels more guest data.

The growth of platforms like Airbnb should act as a counterweight to the power of traditional distribution channels.

Acquisitions, new offerings and the future

Big initiatives for both companies were rolled out earlier this year.

Described by PhocusWire as being “at the right time for both,” Airbnb struck a deal to acquire HotelTonight, the OTA that prides itself on helping users find “last-minute hotel deals at great hotels”.

Though rumoured to have cost Airbnb at least $400 million, pundits have downplayed the significance of the acquisition. But it sets a clear marker in the path of diversification for Airbnb, and is good news for both companies: HotelTonight will hugely increase its reach; while Airbnb can “compete on the same playing field as traditional hotel booking sites without subverting its branding or alienating its clientele by adding complexity,” as Cole put it.

As I wrote in PhocusWire last month, the brand is moving towards becoming an OTA, which will complicate matters of parity, and is busy building an end-to-end platform that includes its existing Experiences product, in addition to emerging initiatives around trip planning and transportation. And in May it announced plans to eliminate some guest fees, in a move designed to take on Booking Holdings.

The company’s expansion and likely floating mean it’s not only a threat to OTAs, as demonstrated by the data analysis reported in The Conversation; the author concluded that “the company represents a permanent challenge to hotel chains”.

Meanwhile, Google quietly launched Google Hotels, described by Skift as a “full-fledged destination site for hotels.” It's fair to say OTAs across the spectrum have been unsettled by this development, which, according to Skift, has “potential implications for booking sites, as well as Airbnb, on the lines of what it has done with its already very-popular Google Flights.” Even more quietly, the search engine released Google Trips on desktop in May, which Search Engine Journal said “could disrupt travel business.”

But, ultimately, guest experience remains the watchword. Innovation will lead to further change, and opportunities for hoteliers will emerge.