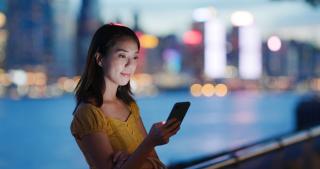 There was a time when a chocolate on the pillow or champagne during check in would give your business an edge over the competition. As the world went digital, that edge evolved to checking into a hotel or talking to a concierge online. Post pandemic, having a dedicated app where clients can manage their stays and reservations is a mandatory touchpoint to stay in the game. In fact, nearly 90 percent of travelers would rather interact with a mobile app than interact with a human being when managing their hotel stay, and this trend extends across the entire hospitality industry. If you don’t have an app touchpoint, pause here and develop one.

Once built, your next step is to ensure users download it. However, relying purely on organic installs and app store optimization is no longer enough to compete. As the hospitality industry begins to welcome guests back at pre-pandemic levels, competition is rising and driving relevant downloads for your app will take some innovation and a new outlook.

When it comes to creating a successful user acquisition strategy in what is a highly saturated app ecosystem, it’s important to create a diverse strategy by keeping these four tips in mind.

1. Run a campaign on an SDK network

With a third of users saying they find new apps through in-app ads according to Tech Jury, it’s critical to incorporate in-app ad networks into the mix.

In-app ad networks connect app developers and advertisers, allowing you to advertise your service to millions of gamers and app users. While there are often misconceptions keeping advertisers going all-in on this inventory, especially around who are app and mobile game users, many of your current and future guests have grown up with smartphones, meaning they spend a lot of time in apps – 80 percent of their time, according to eMarketer.

With gaming a significant source of in-app inventory – 94 percent of free-to-play mobile games served ads in 2019 according to Marketing Dive, and this number has likely increased  –  advertising in app often means advertising in mobile games. Today, mobile gamers are not your stereotypical gamer  –  the audience is incredibly diverse, allowing you to reach people across all genders, ages, income, races and ethnicity and ability.  In an industry centered around creating a “welcoming” environment, ensuring you’re reaching all types of people is important, and in-game advertising is a great channel for these efforts.

Ad networks are a great way to reach people on apps and games. The next step is expanding your strategy to reach all device owners, no matter what they’re doing on their phones.

Running on-device advertising campaigns  –  offering native app recommendations directly on devices through partnerships with OEMs and carriers  –  is a powerful way to drive incremental growth from a new set of quality users. In fact, advertisers can expect a conversion rate (CVR) upwards of 20 percent with this channel according to Singular. On-device channels also bring in users that will remain engaged in the long term. Why do on-device campaigns drive high CVR and long-term users?

First of all, users install many apps during device onboarding or updates, but may not open them immediately. Then, when they need to book a stay, they’ll already have your app on their phones to do so. In the future, these users are likely to return to your app time and time again rather than download a new one. Also, tech developments have pushed on-device advertising past static factory preloads and into new placement opportunities, such as during the onboarding of a new device that takes contextual information into consideration.

On-device advertising has evolved into a strong performance channel, allowing advertisers to get in front of millions of eyes while keeping their performance goals in mind, such as cost per first booking. With devices now attached at our hips, users often open their phones for no specific reason and with no destination in mind. Think  –  how many times have you opened your phone just because? Advertising your app directly on devices at touchpoints native to the phone experience, such as through notifications or when a user goes through a device update, is an effective way to get in front of new users who aren’t heading to a specific app or media source.

Today, everyone has a phone, which means advertising directly on devices, you can reach all audiences, not just those opening up apps or scrolling through social media. The best part is that you can leverage these channels without signing a direct deal with a carrier or OEM   – there are platforms which do the heavy lifting for you.

Apart from expanding your channel mix, optimizing your ads themselves is also an important step in becoming a leader post-pandemic.

Once you’ve diversified your channel mix, it’s all about optimizing the success of your ad units. We live in a digital-first world saturated with information and stimuli, meaning it's harder than ever to get users’ attention  –  display ads may not cut it. To stand out and grab interest, you have to create engaging and immersive experiences. In fact, many of the most popular, up-and-coming brands today operate around an immersive experience  –  meal prep services, language learning apps, health and wellness programs, and more. This trend is also apparent in mobile ads.

Playable ads - ads that the user can interact with - became the most used ad format last year by mobile users, outperforming interstitials, video, and banner ads. For example, Calm designed a playable that gamified relaxation by letting users mix paint on-screen in a cathartic way.

Interactive ad units help you stay ahead of the competition. Twenty-eight percent of app marketers cite playables as their most effective in-app ad format, outperforming interstitials, video, and banner ads. This could be because playable ads drive stronger user engagement from the get go. Interactive ads also present an opportunity to view metrics around how people are interacting with the ad  –  something unavailable with other ad units. Knowing how users interact with your playable can help you adjust your creative strategy to appeal to other users more effectively, maximizing your efforts.

If you’ve decided to start scaling up your use of creatives, whether interactive or not, it’s important to leverage a software that can help you produce, analyze and iterate at scale.

As the fastest growing ad network in 2021, Apple Search Ads is becoming an important marketing channel to reach iOS users, which makes optimization on this channel a must-have.

Apple Search Ads has a long history of reaching high-quality users because of its prime placement  –  your ad appears at the top of the users’ search results when they’re already planning to download a new app in that category. In fact, according to Apple Search Ads, 70 percent of App Store visitors use search to find their next app, which makes this placement crucial to acquiring new users.

While marketers are increasing their spend, managing and optimizing those campaigns is easier said than done. Scaling Apple Search Ads campaigns means having access to granular measurement and analysis for multiple campaigns as well as the ability to automate optimization  –  to see incremental growth, you have to continuously be updating your keywords and settings. The ultimate goal with Apple Search Ads is to reach the top of search results on the App Store. The best way to maximize potential is to work with a partner that streamlines processes and automatically adjusts your campaigns to achieve optimal performance.

With app touchpoints now the center of user interaction with your brand, it’s crucial to optimize your marketing efforts to ensure you’re reaching a broad, diverse range of audiences. Adding new channels to your mix, such as in-app ad networks and telco channels, and developing high-end creatives, such as playables, is a good place to start.