11/25/2013
Get great content like this right in your inbox.
Subscribe
A striking number of U.S. travelers, while aware of the risks, are not taking the necessary steps to protect themselves on public Wi-Fi and are exposing their data and personal information to cyber criminals and hackers, according to research released today by AnchorFree, the global leader in consumer security, privacy and Internet freedom.

The PhoCusWright Traveler Technology Survey 2013 polled 2,200 U.S. travelers over the age of 18 revealing new insights into travelers’ online behavior and their understanding of cyber risks.

While most travelers are concerned about online hacking, very few know how, or care enough, to protect themselves. Looming threats — from cyber thieves to malware and snoopers — are skyrocketing on public Wi-Fi and travelers need to be vigilant in protecting themselves.

Further to this point, a striking 82 percent of travelers surveyed reported that they suspect their personal information is not safe while browsing on public Wi-Fi, yet nearly 84 percent of travelers do not take the necessary precautions to protect themselves online. The top three concerns cited when using public Wi-Fi are the possibility of someone stealing personal information when engaging in banking or financial sites (51 percent), making online purchases that require a credit or debit card (51 percent) and making purchases using an account that has payment information stored (45 percent). Travelers were less concerned about using email or messaging services on public Wi-Fi (18 percent).

Cyber-security threats are not the only issues people face while traveling. Thirty-seven percent of international travelers —which equates to 10 million U.S. travelers annually— encountered blocked, censored or filtered content including social networks (40 percent) such as Facebook, Twitter and Instagram during their trip. Top websites that were also blocked include video and music websites such as Hulu and YouTube (37 percent), streaming services such as Pandora and Spotify (35 percent), email (30 percent) as well as messaging sites such as Skype and Viber (27 percent).

To avoid the threat of hacking and cyber attacks, more than half of travelers (54 percent) try not to engage in online activities that involve personally sensitive information while one in five (22 percent) avoid using public Wi-Fi altogether because they believe their personal information is at risk. Only 16 percent reported using a VPN such as Hotspot Shield.

Security -- Network
Are Your Guests at Risk From These Six Common Wi-Fi Attacks? 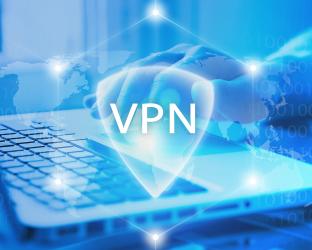