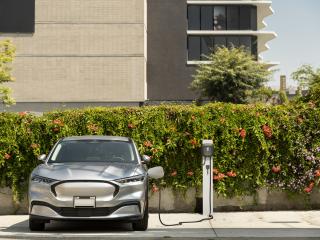 In 2010, there were only two electric vehicle models for the American public to choose from. By 2020 there were 48 models – a 2,300 percent increase in just ten years. However, some experts are predicting that by 2024, there will be 134 models to choose from. With many Americans currently feeling the pinch at the gas pump – plus discovering a newfound love for Mother Nature – electric vehicles are quickly becoming a priority among consumers.

“You’re already beginning to see more and more electric vehicles on the street and in parking lots,” says Andrea Foster, hospitality industry executive & EVPassport Advisory Board member.  “And they’re only going to become even more prevalent.”

Car rental agency Hertz is certainly betting big on the consumer desire to drive electric. It announced in 2021 its intention to purchase 100,000 Tesla Model 3 and Model Y crossovers so that by the end of 2022, Teslas will make up more than one-fifth of its U.S. rental fleet. Plus, it also announced an agreement with Polestar a Swedish performance EV startup. Hertz intends to purchase 65,000 Polestar EVs over the next five years to be deployed in North America, Europe and Australia.

Why should this matter to hoteliers? Travelers will inevitably begin renting more and more electric vehicles during their business and vacation travels, meaning hotels will need to offer electric charging stations. 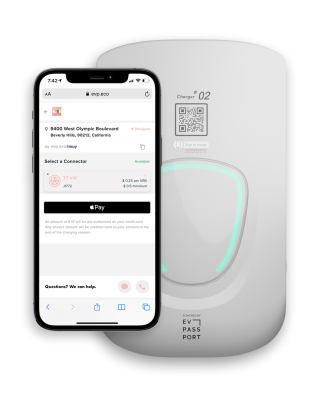 “The hospitality industry is at a very unique intersection where they can really take on the electric vehicle movement and innovate to bridge the gap between business and guest innovation,” notes Hooman Shahidi, co-founder and president of EVPassport. “But beyond that, this is a piece of infrastructure that is well on its way to being as necessary as Wi-Fi. Unlike Wi-Fi, however, EV charging can be a profit center.”

For while now, there has been some discussion around offering free charging to guests. But just like a hotel doesn’t offer guests free gas, hotels shouldn’t be offering guests free electricity.

“Offering guests free electricity to charge up their electric vehicles is a terrible idea,” Shahidi notes. “Don’t do it. You’re creating a cost center that doesn’t need to be there.”

But that doesn’t mean hoteliers can’t leverage that cost to their benefit. Think of those gas stations that offer a discount on gas for purchasing a car wash or being a loyalty member. Hotels can do the same thing. Perhaps a hotel loyalty member pays a reduced rate with higher loyalty tier members receiving a greater discount.

“And think of Costco,” Foster says. “Many people have a membership there just to get a discount on the gas. What if a hotel offered a membership program that created that same cost/benefit relationship for consumers, but for EV charging?”

Going on a road trip with your EV? Become a member of our loyalty program and you’ll get a discount on room nights, a guaranteed EV charging station at our hotels, and a discounted price on the electricity cost. It could be a huge loyalty driver.

For hotels that are willing to implement this technology sooner rather than later, they’ll reap the rewards of being one of the few places that offer EV charging – drawing in customers who might normally pass them by. For example, a diner might choose to eat at the hotel restaurant over another restaurant simply because they can also charge their car, Shahidi adds.

“For those who think that an EV charging station won’t make that big of a difference in drawing in customers, just remember the last time you phone was about to die and you couldn’t find somewhere to plug it in,” Shahidi says. “Remember the anxiety? Now instead of your phone, it’s your car. There’s a term for this: range anxiety. So, you better believe that a hotel bar or restaurant will begin to make more money simply by offering customers the option to charge their vehicles there.”

EVPassport has integrated its charging station locations not only with Google Maps but also with the mapping service used by every electric General Motor vehicle currently being produced as part of its Ultium Charge 360 Network.

“This is an important opportunity for us to literally drive traffic to a specific business,” Shahidi notes.

Of course, like any new piece of infrastructure, hoteliers need to put a lot of thought into how they’re going to be able to provide guests with access to these charging stations. Companies like EVPassport are willing to work with hoteliers to help iron out all of these details, but it will take some time, work and upfront costs. But Foster says the predicted ROI makes it all worth it.

“You don’t want to end up in a situation where your parking lot is flooded with EV cars and there’s no way for them to charge themselves up,” she explains. “You’ll just become less and less competitive.”

Foster reminds hoteliers to keep in mind past resistance to technological innovation. For example, the resistance to keyless entry because it would “take away” a piece of human interaction.

“Then COVID forced us to pivot and to innovate and to offer a whole host of contactless technologies and we’re actually better off for it,” she adds. “We have had some great momentum in technology and innovation, and this is an opportunity to keep that momentum going so that we can remain a competitive industry long into the future.” 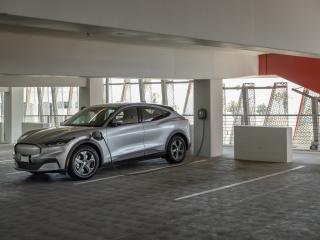