07/10/2017
Get great content like this right in your inbox.
Subscribe
Miso Robotics and Cali Group unveiled Flippy, an artificial intelligence-driven robot that will work alongside kitchen staff to grill burgers at CaliBurger restaurants. Flippy had its debut at the CaliBurger location in Pasadena, California. Flippy will roll out in early 2018 and expand to more than 50 CaliBurger restaurants worldwide by the end of 2019.

Miso Robotics is pioneering the use of computer vision and deep learning software to bring low-cost, adaptable robotics into restaurants. The company's collaborative kitchen assistant handles the hazardous, tedious and time-sensitive aspects of grilling and cooks burgers. It easily integrates into CaliBurger's current kitchen layout without needing to reconfigure existing equipment.

Much like self-driving vehicles, Flippy continuously learns from its experiences to improve over time. Though it is starting with the relatively 'simple' task of cooking burgers, the proprietary AI software allows this kitchen assistant to be adaptable and therefore can be trained to help with almost any dull, dirty or dangerous task in a commercial kitchen — whether it's frying chicken, cutting vegetables or final plating.

According to the National Association of Restaurants, consumers are spending more on food outside the home than ever before. Yet despite rapid growth, the restaurant industry is plagued with inefficiencies. In 2016, turnover of restaurant workers reached an all-time high at 113%.

"The application of artificial intelligence to robotic systems that work next to our employees in CaliBurger restaurants will allow us to make food faster, safer and with fewer errors," said John Miller, Chairman of Cali Group. "Our investment in Miso Robotics is part of our broader vision for creating a unified operating system that will control all aspects of a restaurant from in-store interactive gaming entertainment to automated ordering and cooking processes, 'intelligent' food delivery and real-time detection of operating errors and pathogens."

The integration of Miso Robotics into CaliBurger's kitchens will allow the chain to redeploy some of its staff to the dining room to engage more with customers. CaliBurger will also collaborate with Miso Robotics to retrain certain staff to operate Flippy. 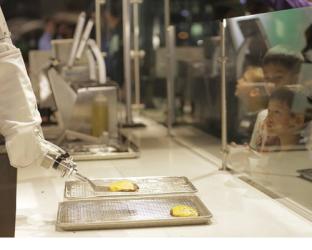 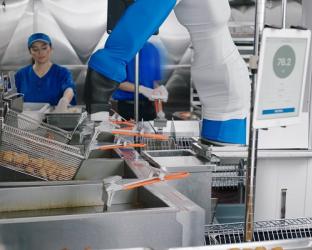