The hospitality review system is broken and online reviews are a mess. However, blockchain technology has the potential to disrupt what is currently a fractured industry where the communication system between merchants and consumers is flawed and oftentimes misleading. This article from Review.Network discusses how blockchain is a solution that can positively transform the hotel booking system.

Worldwide, the majority of people look to online reviews for information and guidance on where to eat, sleep, drink, play and even work. The hospitality industry is at the forefront and is certainly not immune to the shortcomings of the current online review model. As the lifeblood of the hotel industry, how people make their opinions and spend their money is paramount to the success of business. With easy access to the internet and a wealth of information, consumers often form opinions and make decisions in record time because of our on-the-go lifestyles and accessibility to information. For example, according to Inc.com, 91 percent of people regularly or occasionally read online reviews, and 84 percent of people trust online reviews as much as a personal recommendation. Sometimes it doesn’t even take a lot of reading, with 68 percent forming an opinion after reading between one and six online reviews.

While they have become the norm, what is lacking in the online review landscape is transparency. More so now than ever, the public is looking for visibility in all facets of business. According to statistics, 1 in every 5 Yelp reviews are fake. When you do the math, the number of fake reviews is astonishing. Most of us have fallen victim to a fake review in one form or another, but there’s nothing worse than a fake or dishonest hospitality review. No one appreciates checking in to a hotel that looks nothing like what was described in the reviews that you read, and fails to deliver on promises you’re sure to spend your hard-earned money on.

The solution to this issue is simple; online reviews need to be decentralized and tamper-proof. How exactly? By entering into the blockchain.

Blockchain technology alongside artificial intelligence (AI) sentiment analysis is the future of the hospitality industry. This technology has the ability to provide real-time, high-quality feedback, directly tapping into the demographics needed to ensure the system is tamper-proof and reliable. How so?

Blockchain can help fight fake reviews in several ways. On the most basic level, there's a well-designed token economics system that provides monetary incentives to those who contribute to the system in a way that benefits the community as a whole. One method that can be used in achieving this is rewarding users who write quality reviews, and punishing those who don't. To do so, users need to "stake" purchased tokens on the validity of their reviews; if a review gets rejected, the user loses their staked tokens, and is then, in theory, motivated to only write reviews which they believe are of high quality with real facts and information that can benefit others. The next layer is a decentralized community consensus. Basically, blockchain systems allow us to implement models where communities self-regulate, and this can be applied to reviews. When someone writes a review, under the blockchain model, it would have to go through the process of community validation. This means that a number of community members are chosen (either at random, by reputation, by blind auction, or even depending on the size of their stake in the system). Further layers can be built on top of that - for reporting reviews, distributing rewards based on the helpfulness of the review rated by community, using the concept of reputation to allow some community members stronger voting power and so on... Blockchain allows us to implement these mechanisms in a publicly audit-able way.

In today’s day and age, transparency is a necessity not an option. Once a consumer has a negative experience, where the reality failed to meet the expectation, brand loyalty is lost. The introduction of the review network system and others like it, allows this new step in hospitality to help the general public in making important decisions, fostering loyalty and in the case of the hotel industry – repeat stays and potentially a positive review from a guest whose experience was validated by the real review.

By using blockchain technology, it ensures that all information and data remain pure, something lacking in the current industry climate. Using this technology will ensure that data cannot be manipulated in any way like it currently is under the structures that exist. This is good news for consumers. As previously mentioned, websites like Yelp! have been known to have fake reviews on their network. According to Business Insider, the University of Chicago has funded research that has effectively trained a neural network that is capable of manufacturing fake reviews. The team of researchers doubled down on their findings, stating that the current system is beyond repair.

AI has helped create and publish fake reviews, and now the future of these industries will be using AI to do the very opposite. With blockchain, the hospitality industry stands a chance of being saved by having authenticated, real reviews. Through blockchain technology, companies are also able to incentivize consumers to leave a positive, valid review, which will only serve to benefit deserving hotels, restaurants and countless other businesses. 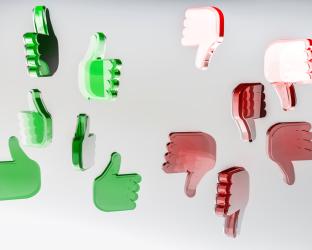