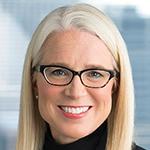 Sarah Alter is president and CEO of the Network of Executive Women (newonline.org), a learning and leadership community representing 12,500 members representing 900 companies and 22 regional groups in the United States and Canada.

Last year, women and their supporters took to the streets, the airwaves and the courts, charging some of corporate America with sweeping workplace harassment claims under the rug. Many of these women’s efforts were aimed at ridding the workplace of mandatory private arbitration of sexual harassment accusations, a practice that prevents women from having their day in court or sharing accusations publicly.

Last May, workers at McDonald’s stores in eight states filed 10 complaints with the Equal Employment Opportunity Commission, alleging they had been sexually harassed or assaulted on the job and had faced retaliation when they complained.
At the time, a McDonald’s spokeswoman said the company didn’t tolerate misconduct.

“We are and have been committed to a culture that fosters the respectful treatment of everyone,” Terri Hickey, media relations manager for McDonald’s, said in a statement.

In September, hundreds of McDonald’s workers who claimed they faced workplace sexual harassment went on strike in 10 cities. Those who led the strike urged the company to hold mandatory training for managers and employees and to create a better way of responding to sexual harassment complaints. McDonald’s responded, noting it has “strong policies, procedures and training in place specifically designed to prevent sexual harassment.”

But the company went a step further, saying, “To ensure we are doing all that can be done, we have engaged experts in the areas of prevention and response, including RAINN (Rape Abuse & Incest National Network), to evolve our policies so everyone who works at McDonald’s does so in a secure environment every day.”

Two months later, thousands of Google employees staged a global walkout after The New York Times revealed the company had given millions in payouts to male executives accused of sexual harassment, while remaining silent about their wrongdoings. Employees asked for the end of mandatory arbitration, a report on sexual harassment instances, greater transparency on salaries and other compensation, an employee representative on the board and a chief diversity officer with direct access to the board. A week later, Google changed its policy
mandating private arbitration for sexual harassment cases.

From 1991 to 2017, the share of U.S. private sector, non-union employees who were subject to forced arbitration rose from 2% to 56%, according to a report by the Economic Policy Institute. While arbitration has its place, especially for women who prefer to maintain confidentiality, organizations must be more forthcoming in their handling of sexual harassment and discrimination claims — and their efforts to put an end to both.

The power of accountability

Touting gender-equality and D&I policies on a company website is not enough. Companies need to back up their words with decisive action, and tell the world about it. Sexual harassment and gender-diversity training is a must, of course, here are other actions your company’s leaders should be taking to ensure transparency:

• Publish and share clearly written policies around bias and harassment and make the consequences for breaking them explicit.

• Encourage employees to speak up if they notice a problem. Professor Rosabeth Moss Kanter of Harvard Business School recommends appointing selected employees as “witnesses” to keep an eye out for misbehavior.

• If a complaint is made, respond immediately. A company that does not address an accusation straightaway could be credibly accused of disregarding the complaint or attempting to hide it.

• Communicate to all staff when harassment has occurred and what has happened to the harasser.

• Keep and publish metrics on gender diversity, women’s leadership, pay parity and number of claims of gender bias and harassment.