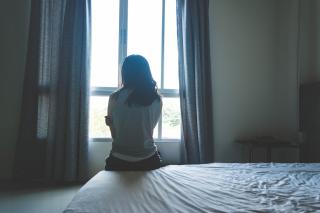 During the American Hotel & Lodging Foundation (AHLA Foundation) World Day Against Trafficking in Persons event, AHLA President and CEO Chip Rogers shed light on the importance and progress of one of his personal initiatives: Ensuring all hotel staff members are trained to spot, recognize and report the indicators of human trafficking.

“During a global pandemic, some might think that human trafficking would have lessened. But the opposite happened. Calls to the National Human Trafficking Hotline increased 93% year-over-year,” Rogers said.

However, that doesn’t mean training isn’t happening, or making a difference. During the live event, Rogers and ECPAT-USA CEO Lori Cohen announced that since 2020, 100K Marriott staff members and an additional 500K hotel workers from other brands have completed human trafficking awareness training.

This training, titled “Your Role In Preventing Human Trafficking: Recognize the Signs” was produced by Marriott International in collaboration with ECPAT-USA and Polaris and was made available to the industry for free with the support of the AHLA Foundation, an ECPAT-USA corporate partner in protection.

This training is indeed making a difference. Recently, the Los Angeles Airport Marriott hotel had a situation where a 23-year-old mother was kidnapped and taken to the hotel to be trafficked, Rogers shared with the audience. The woman was able to escape her room and alert a security guard of her situation.

“The staff at this hotel had all completed the training were therefore well-equipped to know what steps to follow,” Rogers added. “The result was that not only was she saved but also nine more women were saved and three traffickers were arrested. This training is helping to save human lives in a significant way.”

Cohen agreed noting that during her time as a lawyer, representing victims of human trafficking, she would often be asked by the victims: “Why did no one say anything?”

“The answer is: Because hotel staff didn’t know what to do. They didn’t have any tools. This training demystifies trafficking and gives them the tools they need to be able to react appropriately,” Cohen noted.

For example, the training provides training on how to talk to someone you might suspect is being trafficked.

“Not all trafficked persons will ask for help or even accept help. We don’t want hotel employees to think they can rush into a situation and be a ‘hero,’ and we don’t want employees to feel pressured into thinking that they’re expected to be a hero. Instead, we want them to follow protocols that ensure they’re acting in ways that are thoughtful and structured to ensure the best possible outcome,” Cohen explained.

During the event, Primrose announced that the training has now been revamped and that Marriott will also make its new enhanced human trafficking awareness training available industry wide in early 2022 to help further educate the entire hospitality industry.

The new version of this human trafficking training program acknowledges the fact that the world has changed considerably in the last five years, Primrose explained. With more contactless experiences in the hotel, staff members lose many opportunities to identify or spot signs of human trafficking.

“But we’ve gotten smarter too,” Primrose said. “The new version of our training program offers scenario-based modules, mobile design, increased guidance on how to recognize and respond to indicators, and we’ve incorporated survivors and their feedback to inform the training. This is a big change from our last version.”

Melissa Froehlich Flood, Vice President, Social Impact & Public Affairs, Marriott International agreed, noting that the new training program is much more dynamic and tries to recreate the scenario of associates talking to each other in a room and putting a framework around something they’ve seen in the past that didn’t sit right with them and looked suspicious.