Long-time San Diego-based concept Wings N’ Things announced its expansion under the name Epic Wings (EW). The company is beginning its franchising programming with several developments including its first franchise location opening in Mission Viejo and the addition of a seasoned franchising veteran as president.

Epic Wings has been family-owned and operated as Wings N’ Things in San Diego since 1982. Since then, the company has grown to 18 restaurants throughout Southern California, primarily in San Diego County.

The well-known restaurant will now expand as Epic Wings. Leading this charge will be industry veteran Rob Streett, who has joined Epic Wings as President, Franchising and Licensing.

Streett joins Epic Wings from Scooter’s Coffee, where he served as President & COO. In this role, Streett was responsible for creating and implementing a strategic transformation plan that led to unprecedented new unit growth for the emerging drive thru coffee brand, with more than 75 new stores opening in 36 months and an additional 135 new store commitments from franchisees. Streett led Scooter’s Coffee’s franchising, operations, marketing, real estate, construction and distribution teams. With more than two decades of experience leading and working with franchised and multi-unit restaurant brands, Streett has worked with Starbucks as Director of Strategic Development, as well as holding senior leadership positions with well-known national brands such as Cold Stone Creamery, Mrs. Fields and TCBY.

“I am honored to take on this role and look forward to partnering with our talented team to help accelerate the expansion of the Epic Wings brand,” said Streett. “This is a concept with a fanatical following, amazing food, and all of the business characteristics to make it a perfect restaurant for franchising. I am thrilled to put my energy behind an emerging brand that is not only well positioned for growth, but is fully committed to building a people-first culture. To be able to work in an industry that I love, while making a positive impact on the communities and people groups we serve is an incredible opportunity for me.”

With the first franchise location, and also the first Orange County location for Epic Wings, opening in February in Mission Viejo, the group is poised to grow the Epic Wings brand immediately.

“Rob’s emphasis on strategically growing national brands is why we are so excited to have him on our team. I couldn’t be more pleased to bring his exceptional experience and guidance to the Epic Wings organization,” said Sam Sacco, one of the original family owners of Wings N’ Things. “We’ve built our restaurants on quality wings using fresh, never frozen chicken, and we believe that concept will travel well to new markets. It’s an exciting time to introduce Epic Wings.” 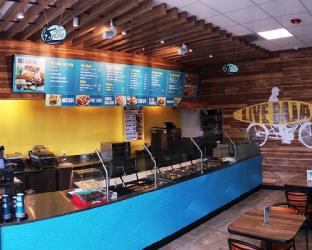