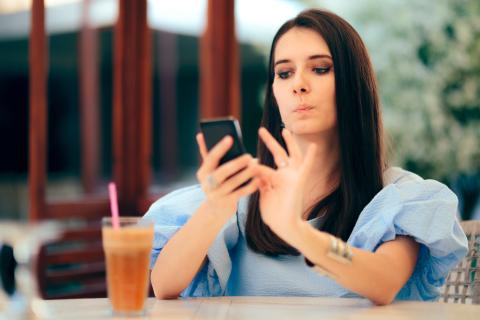 A recent Deloitte report points out that 2019 marked one decade since the U.S. travel and hospitality industry emerged from a wicked economic recession.

Turn the clock back to 2009: the first hotel, airline and other hospitality-related mobile apps were just hitting the market. They were notoriously glitchy because they were new.

But today, 11 years later, branded customer-facing mobile apps are everywhere in the hospitality industry and glitchiness will not be tolerated. Disney, Carnival, Marriott Bonvoy and most, if not all, the major brands have their own app. And customers expect them to work easily and seamlessly as the modern consumer has extremely high expectations and demands.

Yet, in the race to get a branded mobile app on the market quickly, companies might skip the most important step: on-premises testing. Unfortunately, doing so can lead to harmful and long-lasting effects that could be detrimental to a brand.

Customer-facing mobile apps are becoming the norm in the hospitality industry. Apps allow customers to check into a hotel, unlock their room, make purchases and manage loyalty points. When done right, mobile apps can enhance the customer experience, but with even the slightest issue, app failures can be catastrophic. Imagine a consumer starting off his or her trip by being locked out of the room.

Remember the 2020 Iowa caucus app disaster? If not, here’s a recap: A smartphone app that was supposed to announce the results of the Iowa caucus failed, delaying results by nearly one day. The reason? The app should have gone through extensive, real-world testing. But it did not. And this failure cost the company that developed the app plenty – including loss of reputation and business.

The market is saturated with mobile apps, and hospitality groups do not want to give users any reason to delete theirs.

According to Statista, there were 5,586,000 apps available from leading app stores during the first quarter of 2020, with Google Play having the largest number of apps. It’s easy to get lost in the noise since the mobile app market is bursting at the seams. However, when a customer is on-site at a hotel or theme park, for instance, they are a captive audience who will use the necessary app as long as it works well. And if it doesn’t work well, a poor user experience equates to poor customer service.

One of the reasons a mobile app fails is improper testing. Apps are usually developed on powerful computers with a strong internet connection. Testing is done under optimal conditions. However, when deployed at a place like a hotel or on a cruise ship that may have weaker Wi-Fi, or difficulties with location services, an app might experience unforeseen issues or even crash.

In today’s mobile app market, users judge downloaded apps in seconds with high expectations for mobile app quality, functionality and performance. It may take hundreds if not thousands of hours to develop an app, but just a few seconds for a user to delete it due to performance issues.

Mobile apps in the hospitality industry are not only becoming more crucial to the customers’ experience, they are also becoming more complex with new features and designs. Therefore, it is critical to thoroughly test a mobile app at the site where it will be used – not just the place it’s being built. To keep up with the growing complexity of mobile app testing, new technologies and equipment have been developed for on-premises testing that works behind the scenes, without needing constant upkeep or much space. These devices run routine, ongoing tests to make sure an app is running optimally. If a glitch occurs, the system catches it immediately, diagnoses the issue and sends the information to the developer so it can be fixed right away.

Let’s say, for instance, an app used by hotel guests works fine in their rooms, the dining room and the workout center but is spotty by the swimming pool. The problem is pinpointed immediately so developers can quickly resolve the issue – which could be otherwise prolonged and problematic to both guests and the hotel alike.

Keep up with guest expectations

The hospitality industry doesn’t sell a product, but an experience. And part of the modern-day experience includes having a branded mobile app that improves that experience by performing tasks quickly and without friction.

By properly testing the mobile app continuously onsite, hotels and other venues are in a much better position to provide that seamless experience that keeps up with – and hopefully exceeds – customer expectations.