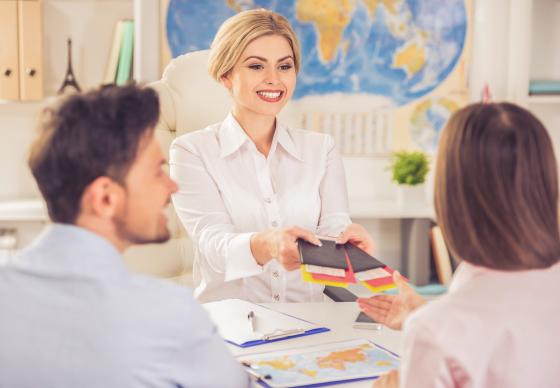 Today, hoteliers spend most of their time trying to ‘beat the OTAs’ by focusing primarily on increasing their direct bookings; that’s a fantastic tactic BUT it’s not the only one that can boost a property’s occupancy, ADR and RevPAR, while cutting the cost of acquisition.

In recent years, has your property been using it to bring in high-value, corporate guests or other guests who decide to book with travel agents? Or have you put it aside as, yet another, time-consuming task that won’t yield as much as revenue as the online channel? If you’re most hoteliers – especially those at small, independent properties with a small revenue management team – your answer would most likely be the latter.

While it has been overlooked by many hoteliers, the GDS is still a very viable booking channel – and one that hoteliers should consider reintegrating into their revenue management strategy.

It’s not old-school; It’s a classic

About 15 years ago, when the OTAs were gaining steam and consumers were jumping onboard the online train, most hoteliers decided to throw their eggs (rooms) into one basket (channel) and put the tried-and-true methods (the GDS) on the back-burner when they experienced the success of the online channel. This played out during a recession when tourism was tanking and, because of the OTAs, many properties survived that very difficult time. That being said, the online channel wasn’t a saving grace for all segments of the industry; as its popularity grew, the need for travel agents (and the GDS) plummeted, leaving many (formerly) successful travel agents without jobs.

The use of travel agents is, once again, on the rise – in fact, 2018 was actually nicknamed the “Year of the Travel Agent” by some - as they are now highly valued for their expertise and prized on their ability to build complex, multi-stop itineraries quickly, affordably and with little fuss. They also appeal to the luxury segment of travelers, who want to the best possible experience and are happy to pay a little bit more to make sure it happens.

Lower cost of acquisition than typically paid to the OTAs

Blame it on the long-term effects of sky-high OTA commission rates, but it seems like hoteliers today balk at the mere mention of a fee or commission on a booking; taking home anything less than 100% of the revenue from each booking has become unacceptable, so it is understandable why many hoteliers are automatically disinterested in travel agents and GDS, simply because there is a fee associated with obtaining bookings through that channel.

However, "hotels pay a fee of about 20 percent on a booking when they sell a room on a global distribution platform,” so, on average, it is a much smaller percentage than what most hotels pay in commissions to the top OTAs.

If you’re like most hoteliers, even though you’ll gripe and grumble about the OTAs all day long, you still use them – and pay the high commission rates that the top sites charge – because you know it works. The same applies to the GDS.

With the GDS, hoteliers have the opportunity to sell their rooms in bulk. And with travel agents, a property will have visibility to even more potential guests.

The cost of acquisition of a booking from the GDS/travel agents is lower (than the OTAs) AND it gives a property visibility to a whole new segment of travelers: corporate and/or luxury travelers.

Unlike leisure travelers (many of whom book based primarily on price), corporate travelers are less concerned about the rate, and instead are more likely to choose a hotel based on the location, business amenities available onsite, etc. In addition, business travelers typically spend more money on-site (on food and beverage, etc.) per stay than leisure travelers, increasing ancillary revenue earned from their stay as well.

Unlike the OTAs, hoteliers are more likely to break-even on GDS bookings because the higher room rates PLUS the ancillary revenues earned from business travelers will often offset the fees/commissions paid to obtain the booking.

As you can see, there are many reasons that the GDS is, once again, a viable distribution channel for a property – no matter the property type, the location or the star rating. 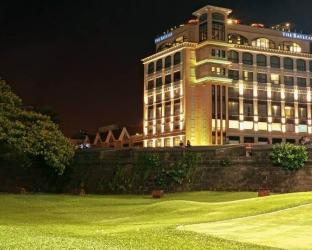