09/09/2011
Get great content like this right in your inbox.
Subscribe
Orlando's Orange County Convention Center, site of the 2011 ASIS International seminar and exhibits, is also the site of a state-of-the-art IP-based video surveillance system running Ocularis software by OnSSI. The system includes approximately 300 5 megapixel cameras to keep watch on the second largest convention facility in the United States.
Orange County Convention Center's IP-based video system is a valuable proactive tool to protect the center. The system delivers value to the center every day for a variety of issues including investigations of slip-and-fall liability and insurance claims. Security console operators use the system to evaluate incidents and decide how to respond to anything reported by the physical security team walking the building. Video surveillance also helps with the implementation of safety programs for workers, including both convention center employees and contractors. Cameras watch over high dollar value items, too, such as ATMs and an audio/video storage area where connection cables using expensive copper wire could be a theft target. As an operations tool, the video system helps to manage traffic flow, whether it's people in the corridors or cars in the parking lot.
About the Technology
At the heart of the system is OnSSI's Ocularis software platform, which puts control of large video surveillance and physical security systems literally at the operator's fingertips. The Ocularis interface incorporates touchscreen functionality and map-based navigation. Ocularis also provides instant investigation during live monitoring, open platform support for hundreds of camera models, centralized user rights management and map navigation with active camera previews.
The new IP-based system, which covers the convention center's West complex, uses 10 Dell servers and two Storage Area Networks (SANs) to archive video, with the cameras distributed among the servers. The video system has a Cisco private network, and workstations are located at security consoles in the West and North/South complexes.
OCCC security manager Greg Forehand and four supervisors also have video access at their offices located within the complex. If the Orange County Sheriff's Department or Orlando Police Department is investigating an incident at the Convention Center, they can access video on the main console of the Building Operations Center in the West Complex, which includes multiple workstations and a video wall.
The North/South complex currently has an analog system with approximately 220 cameras, which will be tied into the OnSSI system in the next couple of years by either replacing the analog cameras with megapixel network cameras or by using video encoders.
Safety better managed
A big benefit of the new system is centralized video recording, an improvement over the previous use of digital video recorders (DVRs), which made access to video difficult. “We are leveraging the technology to help the sheriff's department and police department better manage the safety of shows at the convention center,” says Michael Distler, OCCC’s IT manager, who directed installation of the system and the supporting IP network.
The use of megapixel video cameras helps to identify people who may be violating safety rules. The megapixel images, provided by Arecont Vision cameras, enable operators to zoom in and read the names on ID badges required to be worn by employees as well as by day laborers, decorators and outside contractors.
Reviewing weekend video footage on Monday morning using Ocularis takes only minutes rather than hours. Ocularis makes it simple to find archived video using advanced video investigation tools such as the Time Slicer and Kinetic Motion Timeline.
Forehand says his team uses all the various Ocularis features. “We are totally committed to a safe environment for our guests,” he says. “We are extremely pleased with the overall system. The additional clarity and resolution of the megapixel images have enhanced our capabilities. This is a huge facility, and the word is out that our camera system is second to none.”
The OnSSI system was recommended by the Orange County Sheriff's Department, which maintains an office at the convention center, as does the Orlando Police Department. Both law enforcement departments also use OnSSI systems in their own facilities. Federal grant money helped to pay for the early stages of system installation at the convention center.
RELATED ARTICLE
Video Keeps Watch at CordeValle Resort When Security Is Off Duty 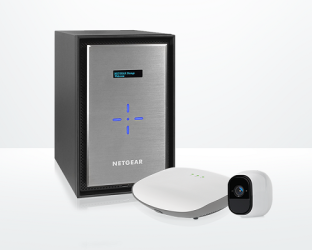