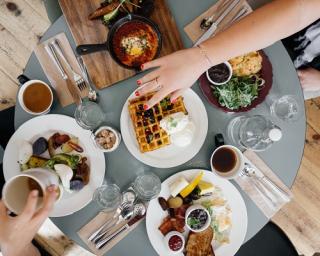 With inflation in the U.S. at its highest in more than 40 years, global strategy consultancy L.E.K. Consulting surveyed over 2,500 Americans in October 2022 – across generations and income levels – to see how their spending has changed, uncovering the categories and items that consumers have been cutting back on as well as those that they expect to return to post-inflation.

Nearly 90% said inflation has changed how they spend on food, beverage, cars and gas.

Overall, about 85% of Americans report that inflation has had a moderate to significant impact on their day-to-day life, according to the L.E.K. survey. Only 2% said it hasn't.

Americans are seeing the biggest inflationary impacts on the products and services they use the most, often daily.

The survey also revealed who is feeling the pinch the most. Unsurprisingly, L.E.K. found that inflation challenges are especially acute for Americans earning less than $50,000 per year, with nearly 60% being significantly impacted. And while those earning more than $200,000 per year appear relatively insulated, 30% did report significant inflationary impacts – although it may not be affecting their spending as directly.

In terms of impact across generations, more than 50% of millennials and Gen Xers, many of whom are juggling children and mortgages, are feeling significant inflationary pressures – more than either Gen Z or boomers.

Americans are continuing to spend money – whether by trading down, i.e., buying budget brands and store brands, or otherwise adjusting their spending behaviors, according to L.E.K.'s survey.

In fact, only a small portion of Americans are absorbing price increases in restaurants and apparel without adjusting their behavior. But younger consumers, especially Gen Z, are more inclined to absorb prices or make smaller spending adjustments.

"Despite lower incomes, younger consumers are less likely to give up completely on fitness, beauty and leisure activities – instead choosing to adjust their spending behaviors. This aligns with the persistent trend among Gen Z of valuing experiences over products," said Emile Santos, L.E.K. Managing Director and co-author of the study.

Across the board, consumers primarily want to reverse current spending behaviors, such as trading down for budget brands, and return to their preferred "standard of living" items – notably in food and beverage, daily household use items, travel, restaurants and apparel.

But if prices continue to rise, eating out (49% of respondents said it's their first priority to cut), gambling (43%) and travel (41%) will be the top three areas that consumers will cut back on.

On the other hand, once prices stabilize, Americans are most excited about returning their spending to their preferred food and beverage products (62% listed as their top priority) and travel options (40%).

"As Americans grapple with a level of inflation many of them have never even imagined, much less experienced, they are making some big adjustments to their spending behaviors. But we've seen that those adjustments differ depending on age, income level and the category in which people are spending. And they will continue to shift, whether inflation continues to climb or, ideally, starts to retreat," said Rob Haslehurst, L.E.K. Managing Director and co-author of the study.