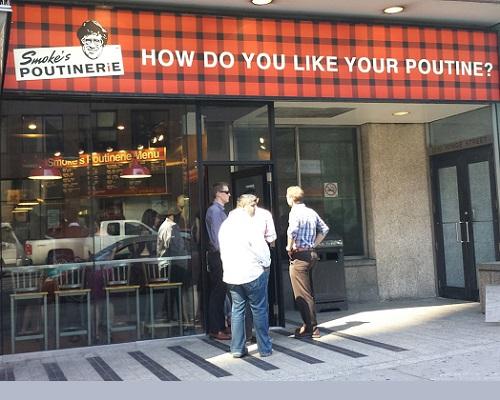 Smoke’s Poutinerie has been serving up poutine -- fries, hot gravy and cheese curds -- since 2009.

Vexilor will be used in all Smoke’s Poutinerie retail and non-traditional locations as well as its fleet of mobile food trucks.

To find the POS needed, Smoke’s Poutinerie looked for a partner that could deliver on cost and provide third-party integrations with ease. Out of the shortlisted candidates, Givex’s Vexilor POS came out ahead, thanks to Givex’s deep experience and technological functionality in Customer Relationship Management (CRM).

“They understand our vision to bring Poutine to the masses and can deliver ENTERTAINMENT fueled experiences to our Plaid Nation Fans worldwide,” said Ryan Smolkin, CEO (Chief Entertainment Officer) of Smoke’s Poutinerie.

Vexilor POS tablets can support many different food and beverage operations, including dine-in restaurants, take-out counters, food trucks and festivals. Smoke’s Poutinerie looks forward to taking advantage of many of Vexilor’s innovations, such as self-ordering kiosks, in the future.