Comonte’s new role will increase her strategic leadership and operational responsibilities as Shake Shack continues to rapidly expand both domestically across the United States and internationally, including first-in-market openings earlier this year in Mainland China and Mexico. As President, Comonte will focus on scaling the company’s infrastructure, broadening support and guidance across day-to-day operations, and ensuring the successful execution of the company’s strategic priorities. She will continue her existing responsibilities overseeing Finance, Accounting, Technology, Internal Audit and Legal. Comonte’s new role is reflective of Shake Shack’s commitment to building a best-in-class executive leadership team, following a number of key internal promotions and external hires earlier this year.

Comonte joined Shake Shack in 2017 and has played a critical role in its increased focus and investment in digital innovation, as well as overall leadership of their enterprise-wide technology upgrade, referred to as Project Concrete. She has also been a key architect in the expansion and formalization of Shake Shack’s diversity and inclusion initiatives, launched earlier this year. A seasoned executive, Comonte has more than 20 years of strategy, finance, technology and operations experience in the public and private sector, spending much of her career at global media and advertising companies. 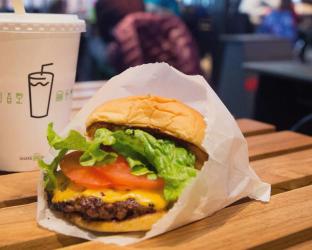