Providing tools for their internal community to vote, &pizza will close all restaurants Nov. 3 and pay their employees.

&pizza will be closing all locations on November 3 to encourage their employees and their communities to vote: providing full PTO in the absence of the day being a federal holiday in voiced solidarity and support for civic engagement.

Having provided PTO to vote in 2016 and 2018, &pizza is taking things a step further in the 2020 election by closing their shops in totality. After learning from the complicated coordination needed when juggling multiple requests for time off across several locations, cities, and states, &pizza is determined to make as frictionless an experience as possible by removing work-related impediments and closing shop operations for the day.

Despite the fact that 71% of Democrats and 59% of Republicans support making Election Day a federal holiday, it is currently not listed amongst US official PTO days. Because of this, &pizza will additionally petition other restaurants within the QSR space to do the same in order to establish a private holiday amongst the industry and allow their workers the opportunity to cast their votes.

The fast casual + fast food dining space was one of the few industries that could continue business during the COVID-19 pandemic shutdowns, and, in some cases, was also one of the few that made a profit during the crisis. As employers to 10% of the US workforce – largely represented by minority groups -- and the second largest private employer, &pizza's peers in the restaurant industry are being encouraged to provide this time off as an act of not only patriotic duty, but of gratitude for those that maintained their businesses at great risk to themselves.

"&pizza employs over 700 people across several states, and we want to make sure they have our support alongside the necessary resources to enact the change they want to see in the 2020 election," said Michael Lastoria, CEO and co-founder of &pizza. "Our democracy has been pushed to its limits, and we want to empower and educate our workforce to assert their voice at the polls. With the industry's help, we can provide a much larger opportunity to do what's right, and what's needed in this country for this election and moving forward."

Paid Time Off for Activism

PTO on Election Day will be offered on top of the existing PTO employees receive, and in addition to the three days of PTO offered for employees to participate in activism of their choosing. Voting is a celebration not a chore, and &pizza remains dedicated to providing the most for their employees while participating in the greater good. 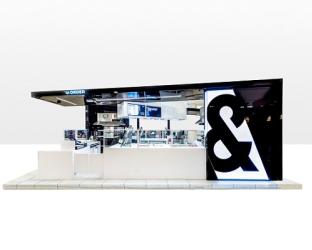