This leadership transition is the result of a comprehensive search process and follows the company’s recently announced board changes, which included the addition of three new independent Board directors with substantial industry experience and the announcement of the pending retirements of three existing board members. Aylwin Lewis and Ms. Moore, who is also Board Chair, will retire from the Board following an appropriate transition period, and Stuart Oran will not stand for re-election in 2020.

Murphy is an accomplished restaurant executive and most recently served as executive chairman of Noodles & Company and was Del Taco Restaurants, Inc.

“The Board is confident Paul is the right leader to drive the continued transformation of Red Robin and restore the Company to sustainable growth and profitability,” said Moore. “Paul brings a multi-decade-long track record of substantial shareholder value-creation, as well as a unique combination of operational, brand-positioning and turnaround expertise, making him ideally suited to lead Red Robin.

In other news, Red Robin turned down an unsolicited takeover bid from Vintage Capital. 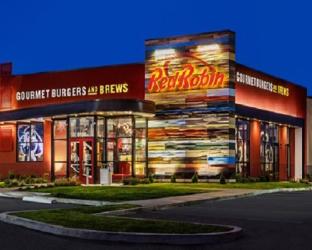