Marriott International, Inc. (NASDAQ: MAR) today announced that long-time senior executive Dave Grissen has decided to step down from his position as Group President, the Americas, towards the end of 2020 and retire from Marriott in the first quarter of 2021, after 36 years with the company. Mr. Grissen, who has been leading the company's Americas business for the past eleven years, oversees all of the Americas' lodging business comprising more than 5,640 properties and a work force of 160,000 people.

"It's hard for me to picture a Marriott without Dave Grissen, someone who has been such an integral part of this company for so long," said Arne Sorenson, President and Chief Executive Officer, Marriott International. "Dave is the consummate strategist with the mind of an operator. He is as equally skilled at driving successful implementation as he is at looking over the horizon to identify that next, new idea. Perhaps his most important legacy is the work he has done to champion leadership training and the impact that had developing new leaders and driving performance at our hotels across the region. We will certainly miss Dave, but I know that the next phase of his life will be as dynamic and meaningful as his extraordinary tenure here at Marriott."

"Dave and I started talking about his potential retirement last year, and we knew we would need time to prepare for transition," said Mr. Sorenson. "Dave will be fully engaged with us until he steps out of his current role, which allows us to begin the work necessary to be able to fill the void he will leave."

In his new role as Group President, International, Mr. Smith will oversee all non-North American operations for Marriott including the Asia Pacific, Europe, Middle East & Africa and Caribbean & Latin America (CALA) regions. Mr. Smith, a 32-year Marriott veteran, is currently Group President, Asia Pacific. Prior to his current role, Mr. Smith spent two and a half years leading the company's CALA region. Mr. Smith's experience spans work on property (he started in housekeeping), in operations and in staff roles with an international focus – 27 of his 32 years with Marriott have been spent in international markets.

"The changes we are making will help define a new era for our organization – one that will accelerate our global aspirations," said Mr. Sorenson. "We are lucky to have such a deep executive bench to draw from – both Craig and Liam are superbly talented and will bring tremendous experience to these roles."

"David is well-suited to join our Board and I know he will bring not only his operations and sales experience but also his deep understanding of Marriott's culture to Board-level conversation and decision-making," said Mr. Sorenson. 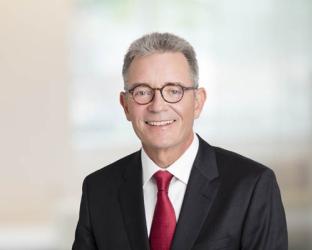