The Waterfront Beach Resort, a Hilton Hotel, is a AAA Four Diamond Award-winning resort on the picturesque coastline of Southern California, in the heart of Surf City USA™ in Huntington Beach, Calif. which boasts more than 10 miles of pristine white sand beaches, shopping and entertainment. A captivating coastal oasis this resort offers rooms and suites with private balconies and captivating ocean views. Guests can also take advantage of on-site beach activities like cabana rentals, bonfires and more. But it recently found out that it could cater to locals, in addition to travelers, and boost its bottom line significantly by doing so.

“One summer, when I was walking around our two pools, I noticed that we had plenty of open seating and cabanas that were not being used,” explains David Wright, Guest Services Manager at the resort. “I thought there had to be a way to keep from losing out from this missed revenue. That’s when I heard about ResortPass. When I first proposed the idea of using ResortPass to the executive team, there was a slight hesitation. There was a mindset that it would cost a lot to set up, that the accounting portion would be a nightmare, or that guests wouldn’t use it. None of those turned out to be true. From the simple setup that cost nothing, to the ability to control inventory and pricing, it was an easy sell to start the process.”

Since partnering with ResortPass in early 2019, The Waterfront Beach Resort has seen an impressive six-figure boost to their bottom line. With full control of who visits the property and which amenities are made available based on inventory and seasonality, the AAA Four Diamond award-winning resort has created unique offerings that cater to their desired audience. From family-friendly waterslide packages and beach bonfire experiences, to tiered spa and cabana passes, the award-winning property has been able to monetize their existing amenities beyond just pool passes.

With day pass reservations that start at $25 and go up to $450, The Waterfront Beach Resort has realized the benefits of welcoming local and visiting guests looking for wellness, relaxation, bleisure, romance, and family-friendly daycations.

“I was able to customize the offerings that we wanted to provide and within a week, we had our own ResortPass website,” adds David. “We began to see bookings almost immediately. For the first few months (in the winter) we saw a few thousand dollars per month. As spring came around, we noticed a large increase in bookings, mostly from locals. We then started to see our revenue jump more than $30,000 a month during summer. By the time 2019 ended, the hotel had brought in almost $135,000. The best part of all: accounting didn’t hate me! ResortPass made it effortless with straightforward reports that showcase exact payments. And while we didn’t track ancillary revenue from on-site spending, we estimated this to be more than $60,000 on the lowest end. What started as a way to fill a few chairs and cabanas ended in a new revenue stream for our hotel.”

Founded in May 2016 with funding from top-tier Silicon Valley venture firms who have backed tech companies such as Uber and Doordash, ResortPass has more than 350 hotel partners across the United States and is on track to triple this number in the next 12 months. The company has a roster of corporate relationships, which include Kimpton, Highgate, Pacifica, Sydell Group, Rosewood Hotel Group as well as Marriott, Hilton, Hyatt, Ritz Carlton, Four Seasons, Omni, Loews, Belmond, Waldorf Astoria, St. Regis, and Fairmont among others. 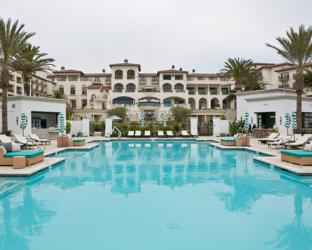