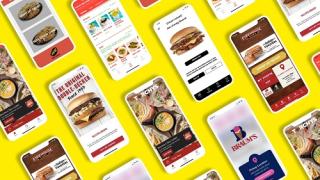 Lunchbox, the enterprise online ordering system that's platformed national and regional QSR brands such as Firehouse Subs, Clean Juice, Wings Over and 16 Handles, has announced a surge in company growth in the last 6 months, with a 363% increase in restaurant locations and 458% increase in annual sales since January.

The New York-based startup has recently announced an acquisition of Spread, Delish and most recently NovaDine Inc. With the acquisitions, Lunchbox has accelerated expansion across its features for enterprise restaurants, enabling them with order aggregation, catering, enhanced reporting and SMS messaging, in addition to their current offerings.

Integrations with other systems are driving POS purchase decisions for 86% of restaurants, according to HT's 2022 POS Software Trends Report

The acquisition has unlocked ~$5.7B more in total addressable market and has expanded the company's customer base, now working alongside Enterprise clients such as:

Alongside acquiring large Enterprise clients, Lunchbox has expanded its POS integrations by 3x since January, now partnering with major systems Micros, Xenial, POSiTouch, among others.

Coupled with Enterprise growth, Lunchbox has built on top of their pre-existing offerings with customer engagement tools that spike restaurant's online revenue. The company is slated to process over a half of billion dollars in restaurant sales per month, between existing offerings and their new feature rollouts.

"We acquired strong Enterprise logos and product stability. We're now eager to scale our offerings," said co-founder and CEO of Lunchbox, Nabeel Alamgir. "We're continuously listening to what restaurants want/need and have been heads down in executing off of that. As a result, we're growing."