Jet’s Pizza®, an American pizza franchise restaurant, founded in 1978 in Sterling Heights, Michigan, has approved Revention as one of their point of sale providers.  Jet’s America has successfully implemented Revention point of sale, HungerRush online ordering, and R-Enterprise remote management.

“Technology is a critical component to our future success.  We spent over a year vetting Revention to ensure they were the partner we were looking for,” stated John Jetts, President of Jet’s America.  “I am impressed with Revention’s approach to custom solutions and working directly with the Jet’s America to develop new features and integrations.”

Revention is ready to accommodate the continued growth of Jet’s Pizza® and provide programs to incentivize the franchise community to upgrade from their current technology platforms. With technology changing so rapidly, Revention announced in a statement that it is dedicated to evolving just as fast.  Revention will focus on the technology, allowing its partners to focus on their expertise ultimately driving higher revenues and reducing costs.

Jet’s Pizza® has a rich history, the first location, opened by Eugene and John Jetts, was in a converted party store.  There are now more than 370 locations across 20 states.  Jet's Pizza® is known for its square deep-dish Detroit-style pizza, including the 8 Corner Pizza®, which the company has trademarked.  The original recipe came from the Jetts' mother and hasn't changed since 1978. 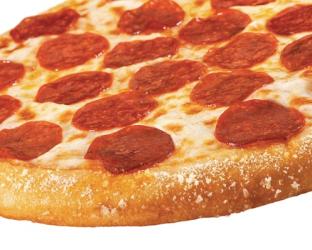