iPass Inc., a provider of global mobile connectivity, revealed the results of The iPass Mobile Professional Report 2016. iPass surveyed more than 1,700 mobile professionals worldwide about their connectivity habits and preferences, highlighting the ever-increasing influence of WiFi.


Mobile professionals expect to remain connected at all times, whether at home, travelling between client meetings, at their hotel or even inflight, iPass said. They all want WiFi because of faster speeds, lower prices and the better user experience it affords. And with the population of global mobile workers standing well over one billion, employers should be prepared to meet the demands of their employees, by providing them with the connectivity they desire.

For mobile professionals who don’t want to be stung by data bills or exorbitant roaming charges, WiFi has become a travel essential, influencing hotel, airport and other travel choices.


The survey also highlights the extent to which mobile security remains the biggest obstacle to the use of free Wi-Fi and illustrates the difficulties companies have enforcing safe mobile use policies:


Based on employee responses, the priorities of companies and their employees seem to be worlds apart. Employees have vast troves of valuable data on their smartphones, but are considerably less concerned about losing sensitive corporate data than they are about losing their personal information, iPass said. Companies still need to do a lot more to educate their employees regarding mobile security risks and provide robust safe usage guidelines. In this WiFi first world, mobile professionals need to be equipped with the tools they need to remain productive wherever they are, while ensuring the use of public WiFi doesn’t expose their corporate data to ever-growing security risks.

The survey was conducted between August 12 and August 31, fielding responses from mobile professionals across multiple age groups and geographies. Sixty percent of respondents came from North America, and 40 percent were from European countries. Responses were examined by region, age range and gender.

Networking
Why WiFi Is Not Enough for Mobile Coverage 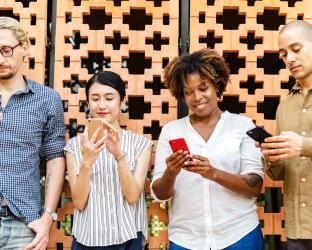