06/14/2013
Get great content like this right in your inbox.
Subscribe
Hospitality Technology magazine is now accepting nominations for the 2013 Breakthrough Awards, to be presented at the 9th annual Restaurant Executive Summit.

• Enterprise Innovator (Presented to the company that has leveraged a specific strategy or technology beyond standard practice to improve overall restaurant operations. Results should reveal an increase in efficiency, cost savings, etc. Technologies can include, but are not limited to: back-office and/or front-of-house applications, labor management, point-of-sale technologies, cloud computing, and enterprise-grade mobile applications.)

• Customer Engagement Innovator (Presented to the company that has leveraged a specific strategy or technology beyond standard practice to increase guest satisfaction, loyalty, and/or brand reputation. Technologies can include, but are not limited to: mobile applications, social networking, loyalty and CRM.)

In order to nominate a company, please fill out the online nomination form
or visit htmagazine.com. Submissions must be received no later than Friday, July 19, 2013. Winners will be chosen and notified on or about August 12, 2013, and the awards will be presented at the Restaurant Executive Summit, October 2-4, 2013 at the Four Seasons in Dallas, Texas.

The Restaurant Executive Summit is an invitation-only event brings senior-level executives from high-growth restaurant companies together to exchange powerful insights for preserving financial health at their companies, and positioning their brands for growth. 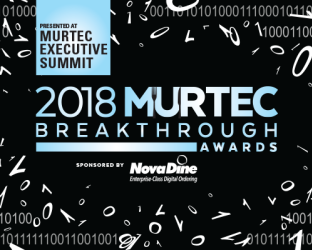