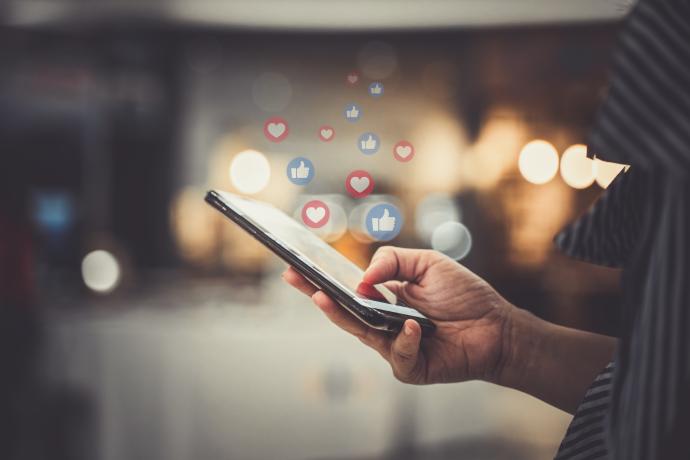 Founded in Spain in 1956, Meliá Hotels International is the third-largest hotel group in Europe and the largest resort chain in the world. Listed on the IBEX 35, it boasts 380 hotels and more than 98,000 rooms across 43 countries.

Like all organizations in the tourism sector and hospitality industry, Meliá had to transform its business when sites such as TripAdvisor and Booking.com changed the way travelers book and take their holidays.

And with 83 percent of travelers now sharing content about their stay on social media—and 52 percent reporting that their travel plans were inspired by a friend’s photos, according to AdWeek—it’s clear that social media is the source of the next seismic shift in this industry.

Determined to retain its position as one of the most important hotel groups in the world, Meliá Hotels International joined forces with Hootsuite for a complete digital transformation—with social media at the heart of its new strategy.

“The influence of social media on business performance and reputation is indisputable. Being active in this environment has given us the opportunity to share information about our company more effectively and to better understand our clients and all our interest groups, giving us a stronger, closer and more transparent relationship with them," said Gabriel Escarrer, CEO, Meliá Hotels International.

From the start, Meliá Hotels International set its sights on becoming the hotel chain with the greatest influence on social media, aiming to position itself among the top hotel groups in the world and reinforce its leadership in the leisure sector. It also aimed to be recognized as a global benchmark for excellence, responsibility, and sustainability.

The goals of Meliá’s social media strategy were to:

While working toward these goals, the group also wanted to lay the foundations that would enable its followers, partners, executives, and major shareholders to transition towards a company with a social-first culture.

“The secret of our success on social media comes from the consistency we brought to all our social channels and in understanding our audiences. Making our staff brand ambassadors has also been key, as, of course, has creating a social media culture as a company," said Tony Cortizas, Vice President, Global Brand Marketing, Meliá Hotels International.

A Series of Steps

Meliá Hotels International was no stranger to social media; it already had a wide social media presence in several countries around the world, with some acting on a global level, others acting regionally, and 165 hotels with their own social media profiles.

The first step the group took was to incorporate social media directly into the group’s business model, both as a channel for client communication and as a platform to listen and learn more about client needs and preferences.

Another important step was to restructure the company’s social media accounts, ensuring that content and messaging from each brand remain consistent with company policies. This process took place over six months, involving stakeholders from several countries and all levels within the company.

One of the first steps was to organize the management of social media throughout the hotel group, which functions on three different levels:

With 400+ social media accounts operating at three organizational levels across multiple regions, Meliá faced significant challenges in designing a strategy to centralize content management while enabling each of its groups to communicate successfully with clients and followers.

Having decided to completely restructure the management of its social media profiles, Meliá selected Hootsuite Enterprise as the platform to implement its strategy.

Every brand and hotel with a social media presence has now been streamlined into one platform within Hootsuite, which can be accessed by both regional, hotel teams and Meliá’s global teams. Using Hootsuite’s content library, a central team can now distribute pre-approved content for teams to share at a global or local level, ensuring consistent messaging and branding at all levels.

And with the platform’s powerful analytics and reporting features, global departments are able to review and analyze activity across each of the organization’s three levels to guide future strategic decisions.

Knowing that content was the key to a successful social strategy, Meliá Hotels International focused on the content generated by its hotels and brands.

With a focus on mobile-friendly visual and interactive content, the company set out to strengthen engagement and increase brand recognition and credibility by humanizing the messaging delivered via its corporate channels. To do this, it launched an innovative initiative centered on the people behind the brand: clients, employees, influencers, and even the company’s CEO.

This system allowed the company to capture images of its products and services taken by clients and use them in email marketing, in digital advertising, or as widgets on its website, allowing users to make reservations with a single click from user-created content.

Another way Meliá has earned greater relevance and authenticity with its specific target audiences is through collaborating with influencers, introducing carefully chosen voices to amplify its brand content.

This broad global program of influencer marketing has the primary goal of sharing personal experiences. The group manages this via a system for identifying, managing, and analyzing influencer relationships, complete with influencer activity reports that provides Meliá with criteria on which to base its selection of influencers and develop lasting partnerships.

This approach resulted in 1.7 million interactions and a potential reach of 74.7 million social media users in 2018, based on 40 influencer marketing activations for the Me By Meliá brand.

To bring a human face to the brand, the team also designed and launched a social CEO program that would create a vibrant social media presence for CEO Gabriel Escarrer.

Escarrer shares content and engages with followers on Twitter and LinkedIn, also using the hashtag #AskCEOMelia to invite and answer hotels and tourism-related questions.

“Hootsuite has become a strategic social media partner for Meliá and is the foundation for our entire large-scale social strategy. For us, it’s become a 360 solution that aids the management of our profiles across the board, from the global marketing teams to those in each individual hotel," said Santiago García Solimei, Global Director of Social Media, Meliá Hotels International.

To complete the social transformation at Meliá Hotels International, the final step was to get staff members engaged and active on social media. Confident that its people are what sets the company apart from the competition, the group set out to design a program that would make staff its strongest allies when it came to conveying its values and building its reputation as an employer brand.

A joint effort between the social media team and the human resources department saw the launch of the employee advocacy initiative, an ambassador program with the primary goal of increasing brand recognition on social media by boosting company content.

After centralizing its global social media initiatives on a single, central platform, Meliá rolled out an intensive training program that combined on-site and online instruction for everyone involved in its revamped social media strategy.

This winning combination of strategy, tools, and training ensured that the hotel group was able to meet every single one of its goals.

With a strong global content strategy managed on a central platform and supported by extensive training and a variety of successful social media programs, Meliá continues to shine as an undisputed and innovative leader in the tourism industry.

"We’re convinced that the human resources department of the future will need to have a solid social media strategy, for both the department itself and the people. For us, it’s allowed us to increase brand awareness and reach a larger number of both active and passive candidates," said Victoria López Suanzes,, Employee Experience Project Leader, Meliá Hotels International.

Customer Experience/Service
It’s Time for Hotels and Hospitality Services to Evaluate Their CX: Here’s Why, and How