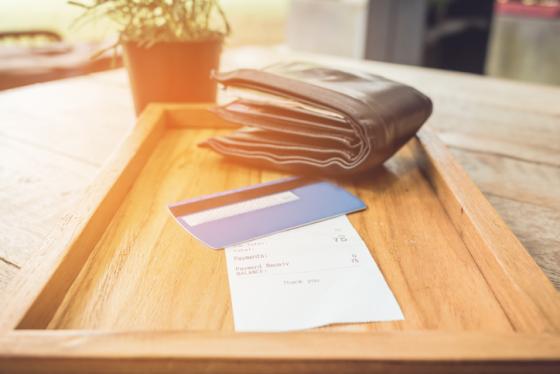 Credit cards are becoming more and more prevalent in the restaurant space, with almost everyone opting to pay with plastic versus cash. In 2015, the restaurant world was forced to shift gears and become EMV compliant or risk being liable as the least secure point in the payment system. Making the change without disrupting operations has been a large feat for restaurant operators. Three years later, many restaurants still have not switched to EMV payments, but the rising cost of chargebacks is becoming harder to ignore. This article discusses how Omnivore and PayMyTab have partnered up to help restaurants make a major change without a major overhaul, by integrating the new payment system into their existing POS systems.

After the 2015 EMV liability shift, if a restaurant did not have the proper technology and was still processing credit cards with a magnetic strip, they were held liable for fraudulent charges by someone using a chip card. Previously, the card processor would assume the cost of fraud, shifting the liability of fraud from the card processor to the merchant. Thus, if a customer charges $1000 on an EMV chip card and the restaurant runs it through the magnetic card swiper, the customer can dispute the charge for up to 18 months and the restaurant would have no legal recourse to recoup the loss.

Salumeria 104, a Miami-based Italian trattoria, was losing large amounts of money to chargebacks before partnering with PayMyTab and Omnivore. Director of Operations, Sean McCullough recalls receiving a $600 chargeback, and the restaurant lost the transaction because they didn’t have an EMV chip machine to validate the charge. They began looking for ways to switch to EMV-compliant payments, but most options they found either did not work with their existing system or added another layer of complication to their guest service and staff training.

After testing several options, Salumeria 104 partnered with PayMyTab which provided durable EMV devices to the restaurant, allowing for better payment security and gave guests the ability to pay at the table while storing and tracking all of the restaurants’ transactions.

PayMyTab was able to easily integrate EMV payments into Salumeria 104’s POSitouch POS system by using the Omnivore universal POS API. This seamless connection allowed the operator to process payments and digitally store guest signatures and receipts. Since the integration with PayMyTab and Omnivore, Salumeria 104 has eliminated chargebacks, making for an immediate return on investment.

Before making the change, managers were manually separating and filing guest checks by payment and credit card type. Now, the back office is now able to find the receipts and address chargebacks immediately.

Although switching payment systems can be seen as painful, it is possible to accomplish this in a way that decreases loss and improves the guest experience. Restaurateurs can now look at this option as an opportunity to reevaluate their operations, and ensure EMV compliance.