Helbiz Kitchen is bringing its ghost kitchen offerings to Los Angeles, expanding on the partnership with Kitchen United.

Starting in January, users in the Westwood and Santa Monica areas of Los Angeles will be able to order their favorite food items from either the Helbiz Kitchen app or Kitchen United MIX app onsite kiosk, or website - kitchenunited.com. Both locations also offer seating for guests who want to sit down and enjoy their meal onsite. Helbiz will bring their diverse set of menus created in Milan — Burger & Sons, Pokaii, Pomodòro, Wabisabi, What the Farm, and La Bottega del Gelato.

“Los Angeles is a city that respects their food and especially appreciates the ability to dine from a diversity of cuisines,” said Salvatore Palella, CEO of Helbiz. “By bringing our six different restaurant offerings and the ability to select from each in the same order, every household will be able to find exactly the food that they are craving. Los Angeles, like NYC and Austin, will be a city in which Helbiz offers both its micro-mobility and food-delivery related services.”

When available, users can download the Helbiz app on the Apple Store or Google Play. When it becomes available in cities that Helbiz has micro-mobility offerings, users will be able to use the same app to solve their daily transportation and food needs.

Launched in 2015 and headquartered in New York City, Helbiz offers a diverse fleet of vehicles including e-scooters, e-bicycles, e-mopeds all on one convenient, user-friendly platform with over 65 licenses in cities around the world. 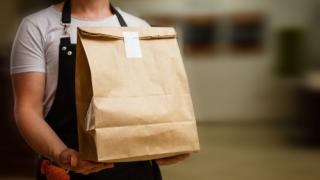