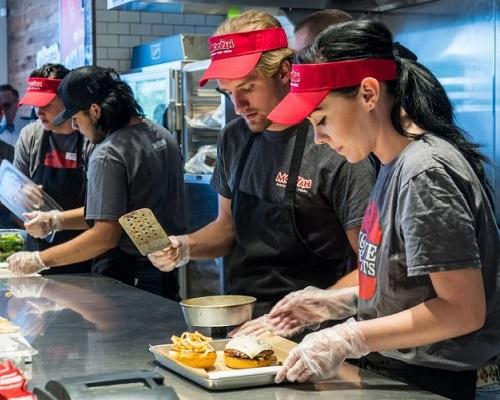 The burger franchise announced it has seen success from its team members as a result of implementing the program on January 1, 2019. MOOYAH said the number of its 5-star Google reviews had increased 300% since the same time last year.

“To enhance profitability at the franchisee level in 2019, MOOYAH seeks to increase its feedback volume, placing emphasis on the amount of online reviews we receive,” said Natalie Anderson-Liu, Vice President of Brand for MOOYAH. “…The 5-Star Service Program allows us to specifically target areas of opportunity, both system-wide and at an individual store level, to help franchisees and their Team Members create a 5-Star Guest experience.”

MOOYAH saw its overall 4.28 star rating in December 2018 increase to 4.6 in January 2019. Throughout February and March, MOOYAH has seen some fluctuation in its average Google rating; however, its average star rating has landed between 4.43 to 4.5.

Data from the end of the first quarter of 2019 indicated that the most improved location is Sherman, Texas, which more than doubled its feedback from 40 reviews to 98 reviews, and saw an increase from a 3.98 average star rating to 4.5 by the end of 2019’s Q1.

By rewarding team members throughout the program, employee retention rates have risen. MOOYAH announced that 92 team members were recognized with gifts this past quarter.

“The 5-Star Service Program has proven its importance to MOOYAH, displaying a means to connect with our Team Members in a way that matters to them. This program allows us to recognize to those people who are working really hard and are the heart of our brand,” said Anderson-Liu.