This month marks the two-year anniversary of the EMV (Europay/Mastercard/Visa) Liability Shift, when liability for chargebacks stemming from card-present fraud moved from acquirers to merchants—unless those merchants have deployed point of sale (POS) equipment that complies with the EMV payment technology standard and, as such, processes chip cards. Considerable progress has been made on the EMV technology adoption front, but the restaurant and hotel segments alike continue to face challenges, with further development contingent on other factors.

“There’s no denying that the payments landscape has changed when it comes to EMV acceptance and penetration,” says Randy Vanderhoof, director, U.S. Payments Forum (www.uspaymentsforum.org) and executive director, Secure Technology Alliance (www.securetechalliance.org). Mastercard and Visa estimate that nearly two million U.S. POS terminals can now accept chip card payments, and statistics released by the U.S. Payments Forum show that as of March 2017, banks, along with American Express and Discover, had issued approximately 600 million chip cards. Data from The Strawhecker Group indicates that 63% of all credit cards issued to U.S. cardholders are now EMV-enabled, with 81% of credit cards and 46% of debit cards fitting into this category.

Nonetheless, note Vanderhoof and other experts, merchants in general have a ways to go in enabling EMV. The Strawhecker Group estimates that only slightly more than half (52%) of U.S. merchants have enabled chip payments. Similarly, a report by Javelin Strategy & Research (www.javelinstrategy.com) pegs the number of POS terminals that must still be upgraded to accommodate chip-based transactions at approximately 15 million. Restaurant and hotel operators comprise a significant portion of merchants that have yet to cross the EMV implementation divide; according to data supplied by payment processor and solution provider Cardtek (www.cardtek.com), a mere 42% of hospitality players report having done so.

Some observers blame delays in EMV migration on the slow pace of equipment certification. Even if merchants have rolled out POS equipment that is configured to accept chip cards, they cannot use it to process chip card transactions unless it has been tested and certified as EMV-compliant by processors and card networks.

Others point to a disproportionate amount of time spent by POS equipment manufacturers on suiting up large merchants for EMV card acceptance, at the expense of their smaller counterparts. However, these haven’t been—and still aren’t—the sole obstacles lining the road to EMV, at least in the restaurant and hotel sectors.

Moreover, restaurant operators—especially owners of fine dining establishments and some QSRs—have continued to shy away from installing EMV-compliant equipment because they mistakenly believe the investment isn’t warranted given the relatively low value of their transactions and hence, the limited chargeback risk. There also exists a cadre of table service restaurant operators who incorrectly equate EMV compliance with the addition of potentially cost-prohibitive pay-at-the-table solutions, while ignoring or discounting such less expensive, viable alternatives as self-initiated pay-at-the-counter EMV applications that require fewer devices per location and chip-and-signature EMV devices intended for use at the cash register.

Some smaller hotel operators, too, have avoided EMV migration because of the perceived low risk of card-present fraud. “In comparison to other industries, card present fraud is not common in hotels, as (perpetrators) do not typically stay at (these facilities) for fear of being caught,” Dunphy observes.

On Friday, HT will post part 2 of this series: "How Restaurants & Hotels Continue to Address the EMV Challenge." 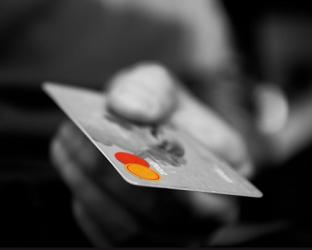