The Detroit-style pizza brand has been steadily leveraging an exciting development strategy since early 2018, when restaurant financier and private investment firm CapitalSpring acquired a majority stake in Buddy’s Pizza. Heiss will take over the reins from former acting CEO, Jim Balis, who remains the Head of CapitalSpring’s Strategic Operations Group.

In the last two years, CapitalSpring has laid the groundwork for continued growth of Buddy’s Pizza, including introducing back-of-house technology, a new point-of-sale (POS) system and delivery. Other locations include Michigan’s Grand Rapids, down river in Woodhaven and Plymouth. With momentum building in recent months, CapitalSpring knew it was time to bring on Heiss.

Heiss worked for half a decade as Vice President for Baja Fresh—a role in which he said he learned how to grow a team and scale operations—before serving as the CEO for the U.S. arm of peri-peri chicken chain, Nando’s, for eight years.

Heiss said that, under his leadership, the brand will continue to expand in Michigan while still looking for similar markets in the Midwest. 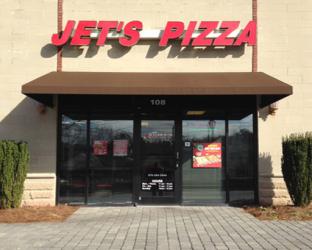