Google Assistant answers twice as many questions correctly as Alexa, according to hospitality industry research by Score Publishing.

Voice tech – such as Amazon’s Alexa and Google’s Assistant – are already making an impact within the hospitality industry. Companies such as Marriott, Expedia, Pizza Hut, Uber, Hyatt, Kayak, Sonic and many, many others are taking the necessary steps to meet customers where they are: using their voice to conversationally engage with technology and therefore with brands.

A recent study completed by Nashville-based Score Publishing compared all five of the major voice assistants against each other in a battery of 75 hospitality-oriented questions.

The objective? Determine which voice assistants, and corresponding voice-first ecosystems, are best equipped to serve the needs of both businesses and consumers in the hospitality sectors: restaurants, hotels, travel and more.

Amazon Alexa, Google Assistant, Apple's Siri, Microsoft Cortana and Samsung Bixby were put to the test, responding to queries ranging from "I want to book a hotel room" to "What restaurants near me have a kid's menu?" to "What airlines will take me to New York City?"

Voice and Hospitality – Where We’re At
The full results of this study will be released Tuesday morning, June 4, as part of The Voice of Hospitality Summit taking place in Dallas. But here are some key findings:

The Lesson?
For major brands, the clear path to addressing the shortfalls shown in our research is to own their own voice experiences across all platforms, and marketing those effectively to users. For smaller brands and organizations, such as regionally-owned hotel franchises or smaller restaurant chains, compelling and value-added voice experiences can dramatically increase marketing lift and number of customers aware of your brand and coming through the door. The best thing an organization can do is to identify an internal champion, or an external partner, find one particular use case that can be implemented with voice, and begin experimenting on how the technology fits your organization.

All in all, the major voice assistants are more ready to help hospitality-oriented businesses than they are prepared to serve other sectors we've examined so far this year. But there's still a lot of work to be done. And hospitality itself – restaurants, hotels and travel – represents one of the greatest, if not the single greatest, opportunity within all of voice-first technology for enterprising companies and entrepreneurs paying attention to the ever-shifting landscape.

Bradley Metrock is CEO of Nashville-based Score Publishing. Metrock founded podcast network VoiceFirst.FM, hosts the popular show This Week In Voice, published the audiobook Perspectives on Gender in #VoiceFirst Technology, produces VoiceFirst Events – including The Voice of Hospitality Summit (June 4, 2019, in Dallas) – and founded the industry association VoiceFirst.Community. He has been quoted by organizations as diverse as Mayo Clinic to Voicebot.AI to Forbes, and is cited as a top voice and AI thought leader.

Hotels
Is Voice in Travel All Talk? 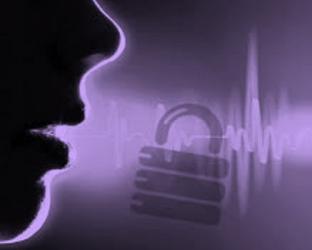