When Wholesalers Bend the Rules: Putting Numbers to the Rate Parity Problem

Few hoteliers can rely on their direct channel to drive bookings.

When Wholesalers Bend the Rules: Putting Numbers to the Rate Parity Problem

In an industry struggling to balance supply and demand, few hoteliers can rely on their direct channel to drive bookings.

Hotel operators have more channels to market than ever before and multi-channel distribution is fundamental to a successful revenue strategy. Wholesalers, bed banks, OTAs and metasearch have all become important components of a complex distribution landscape, providing access to a large population of potential customers that would otherwise be hard to reach.

However, not all distribution partners play by the same rules.

When things don’t go well
As the influence of OTAs has steadily risen over the past 20 years, so too has the issue of rate parity. Many of the more established OTAs understand the market dynamic and work hard to maintain parity with their hotel partners.

However, not all OTAs are equal and there’s a growing list of smaller, less scrupulous distribution partners - often non-contracted OTAs - who use heavily discounted prices to acquire customers and market share. This practice damages hotels’ brands, established OTAs’ brands and everyone's bottom line. In other words, the financial impact of not maintaining parity hurts everyone.

How big is the parity problem? How often are hotels suffering from significant revenue lost due to third-party sellers promoting rooms at lower rates?

It’s hard to quantify just how much revenue hoteliers are losing because tracing rooms booked with rate disparities through the complex distribution network is almost impossible.

However, recent industry research has collected, correlated and analysed several datasets to provide a window into the problem.

Root causes
Before reviewing the findings, a note on the two primary causes of rate disparity.

Firstly, contracted OTAs work on a direct net merchant or commissionable basis with hotels or chains, and they usually recognise a hotel’s best available rate (BAR) in their pricing. Parity problems that arise in this scenario are often technical in origin, and the financial loss or potential loss to hotels is significant, but comparatively small. They often arise from “stale” cached data fed into external systems, tax miscalculations or other technical inconsistencies.

The second and far greater problem is the practice of wholesalers selling a hotel’s rooms on to non-contracted OTAs at a rate that still affords enough margin to undercut the hotel’s direct channel rates.

The first, based on billions of data-points accumulated across the distribution network, is summarised in the Annual Hotel Parity Review 2019 and highlights the extent of the rate disparity problem. Here are some of the key facts and figures:

Given the extent of the problem, the next study digs a little deeper to find the real rate parity problem no one is talking about.

This study gathers detailed booking data-points across nine key markets - the USA, Canada, the UK, France, Spain, the Netherlands, Germany, Italy and Australia - and follows the trail of each booking through the distribution network to match them to specific non-contracted OTAs and the wholesalers where they sourced the lower-cost room rates. The average percentage discount versus direct booking ranges from 14 to 36 percent worldwide - a heavy blow to hotel revenue.

With this information in mind, it is clear that the rate parity issue caused by wholesalers on-selling to non-contracted OTAs has global ramifications. In order to control revenue management strategies and rates, hotels must clearly see where these lost revenues are going. Revenue managers must arm themselves with this knowledge to understand where they are losing the most profits so they can devise new strategies that will tackle these issues head-on.

Sean Fitzpatrick is the CEO of OTA Insight, the cloud-based data intelligence platform for the hospitality industry supporting over 40,000 clients in 168 countries. 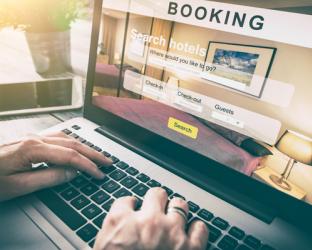