Hospitality Technology (HT) magazine is pleased to announce it is now accepting nominations for the 2018 Visionary Awards. The Visionary Awards, being underwritten by Datatrend as part of the HT-NEXT Awards program also including the TechOvation awards, seeks to honor hotel companies for outstanding achievement, vision and leadership in technological innovation. The submission deadline is January 19, 2018.

“Hotel operators are hyper-focused on creating memorable experiences for guests and enabling operations that help turn transactions into interactions will be key in 2018 and beyond,” says Dorothy Creamer, editor, Hospitality Technology magazine. “The Hotel Visionary Awards exemplify how hotels are using technology to enable better experiences for both guests and employees. We look forward to seeing what this year’s crop of nominees holds.”

The Customer-Facing Innovator award is presented to a hotel company that has leveraged customer-facing technology innovations to differentiate and/or improve customer service. Results should reveal an increase in guest service, satisfaction or loyalty, and/or brand reputation. Technologies can include, but are not limited to, all hardware and software solutions that have a customer touch-point, such as televisions, kiosks, display boards, mobile phone apps, guest room technologies, etc.

The Enterprise Innovator award is given to a hotel company that has leveraged technology beyond standard practices to improve overall hotel operations. Results should reveal an increase in efficiency and/or cost savings. Technologies can include: PMS, revenue management, bookings, CRM, infrastructure/networking, and all those applications and hardware solutions that empower back-of-house operations.

“Datatrend is thrilled to sponsor the Visionary Awards again this year,” Rob Graves, president, says. “The innovative solutions we see each year never seem to amaze us.  It is a great time to be a hotel operator, and a better time to be a hotel guest.  We cannot wait to meet this year’s nominees, and hopefully get to work bringing their solutions to market.”

To nominate a company, please fill out the submission form no later than January 19, 2018. Winners shall be notified on or about January 26, 2018 and awards will be presented live at HT-NEXT at the Manchester Grand Hyatt in San Diego, Calif., on Wednesday, March 14, 2018. Technology vendors are encouraged to nominate hotel companies, but are not themselves eligible to receive an award.

HT-NEXT will take place March 12-14, 2018 at the Manchester Grand Hyatt in San Diego, Calif. HT-NEXT is the first industry-leading event uniting HT’s Hotel Technology Forum and HTNG’s North American into one immersive networking and educational event for hotel executives and solution providers. Honorees will also be profiled in the cover story of the June 2018 issue of Hospitality Technology magazine.

Past Visionary Award Winners Include: 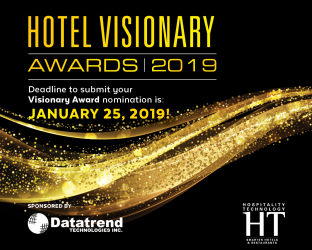 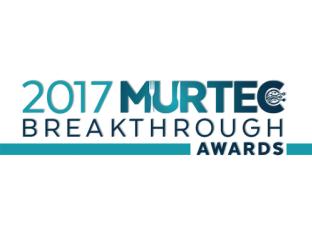