In an increasingly interconnected and unpredictable world, news happens often and travels quickly. The rise of social media carries and amplifies these events, a phenomenon that has impacted every industry, company and culture.

Hospitality is no stranger to social media’s impact, and the industry is experiencing a significant transformation because of it. This article from Dataminr discusses how the modern hospitality companies are integrating social media data into their information gathering processes.

From the guest experience to behind-the-scenes operations, hospitality companies have rightly prioritized the safety of their guests, employees and physical locations. Stakeholders are expected to have their eyes and ears on breaking events as they unfold, and social media has become a key tool in preparing for any uncertainties. While major hospitality corporations are making significant strides toward leveraging emerging technology to aid their safety and security efforts, all companies in the industry will soon be required to integrate these technologies into their operations to be more agile, proactive and responsive.

Thanks to publicly available social media, breaking news is shared instantly. People are bombarded with the latest information 24 hours a day, 365 days a year, and this increased speed has impacted corporate security teams who are now expected to quicken their pace. Social media is a crucial dataset for corporate security professionals so they don’t lose valuable time to respond after an event occurs.

There are many ways hospitality companies are integrating social media data into their information gathering processes. Companies that do it well often employ a platform that provides real-time social media alerts. Information uncovered through these alerts jumpstarts a security team’s vetting protocols, and their early awareness of events, thanks to their use of social media data, allows them to understand the reality of situations faster so they can make decisions more quickly and disseminate knowledge across teams and across borders.

For example, one global hospitality corporation, which manages thousands of hotels in more than 120 countries, used public social media information to respond to the Brussels airport and metro station bombings in March 2016. The attack killed 32 people and injured more than 300 others. They received a social media alert 20-30 minutes prior to any other information and ahead of all major news reporting.

This early tip spurred analysts to perform additional research on social media to help corroborate and contextualize the event, allowing the company to ensure their employees, guests, and physical locations were out of harm’s way. Social media played a critical role in this company’s preparedness and response, and teams were able to distribute information throughout the organization, to groups including PR/crisis, fire and safety, and medical personnel, among others.

As social media becomes a standard source of information across many different kinds of industries, and among new and experienced teams, real-time social media alerts based on publicly available information can give security organizations valuable extra time to mitigate risk during critical events. Social media also provides a 360-degree view of an event through posted images and videos that deliver an on-the-ground look at the situation. It is no longer acceptable to learn about breaking information after the fact – every second counts.

As we think about the future of security operations in the hospitality industry, social media will play an integral role in ensuring employee and guest safety. Given the nature of global threats on both a micro and macro level, having access to real-time information will no longer be an option, but a requirement. When security teams are armed with the most advanced social media capabilities and operating procedures, they will be well-positioned to respond optimally and efficiently to diverse and unexpected threats. Additionally, emerging technologies will become critical to extract important insights and information from social media data that was previously not possible.

Of course, having access to social media data isn’t enough. Security teams must be trained on how to use this dataset so they can best keep employees, guests, and physical locations safe across the globe. 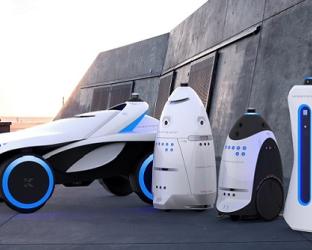