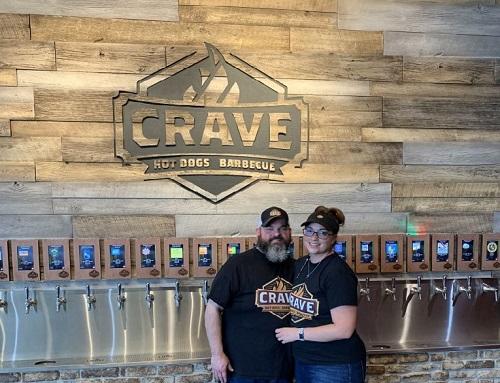 Tex and Brandy Ridings opened the Spring, Texas, location. of Crave on July 4. The couple worked with Ipourit to get the beers laws changed in the Lone Star state.

Crave Hot Dogs and BBQ is a fast-casual restaurant that is known for its BBQ, Self-Serve Beer wall and Jumbo Hot Dogs. The brand partnered with Ipourit, its beer wall vendor, and together they fought for the laws in Texas to be changed. As of July 4, the law went into effect as the Spring, Texas, Crave opened its doors for business. Crave became the very first restaurant in the state of Texas to have beer available where the customers can serve themselves.

Crave restaurants feature anywhere from 24-32 taps that include local craft beers, white and red wine, as well as cider. Regulations are put in place for customers safety so they can enjoy a beer while having some delicious BBQ or Hot Dogs.

On July 4, Tex and Brandy Ridings opened the Spring, Texas, location. They feature the beer wall as well as a drive-thru, delivery, catering, dine in, take out and more.

“It couldn’t be a more perfect weekend for me to open my doors and celebrate Independence Day,” said Tex Ridings, a Marine Veteran.  “There is nothing more American than Hot Dogs, Beer and BBQ, and I couldn’t be happier to be a part of a franchise that honors and respects Veterans.” The couple is excited to open their doors and has plans to open multiple units in the Houston area in the next few years. 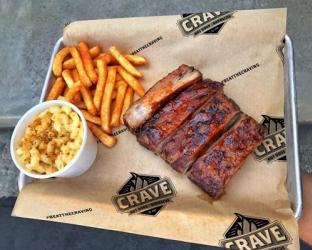